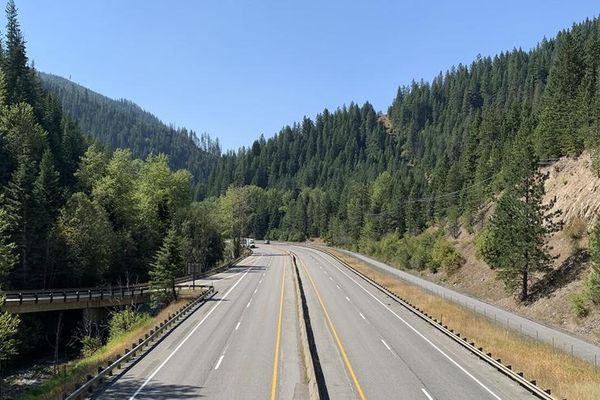 Driving the mountains is not always a fun activity, especially when you are towing a trailer. The steep grades can really affect your gas mileage and put a lot of wear and tear on your brakes, engine, and transmission. These passes also take a lot of time to get through.

One of the steepest passes you will come across will be Lookout Pass on the Idaho-Montana border. It is used for both summer and winter activities but according to the Montana DOT, there is some road work about to start there in 2023 and continue through 2025.

To learn more about this stretch of road and its mountain passes, just continue to read our article. It has the information you want to know about before you schedule your road trip through those mountainous regions.

Does I-90 Go Through Mountains? 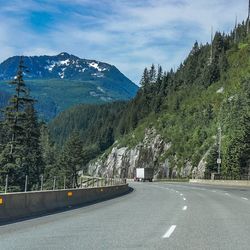 Yes, it does. You may say that it goes through some pretty steep mountains since that area is part of the Rocky Mountain chain that extends from Alaska to the Mexican border.

If you are not scared to drive those hilly and very curvy roads, then you will be treated to some of the best scenery in both states. You will find that starting from Butte and going west to Walla Walla, Washington, you will be in the mountains for a long stretch.

Some of those grades uphill and down are very long and steep. Do not plan on making a great time once you hit that area of the country. The good news is if you drive the I-90 then you will be driving the lowest mountain passes along the Idaho-Montana border.

That may not be much of a relief as the road can be tricky in any season you drive it.

How Many Mountains Passes on I-90 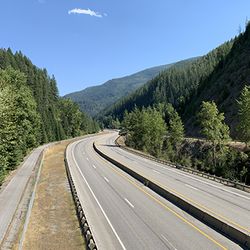 There are about 290 named passes in Montana alone. Thankfully, they are all not on the I-90. We can find at least 4 named passes n this stretch of highway although there may be some lesser ones as well.

Some people say there are only 3 with a fourth that should be classified as a major mountain pass. These are good roads, with 2 lanes on each side and the governments of Montana and Idaho try to keep them open all year round.

There may be single-day delays during the winter to allow plowing to get the snow off the roads. Don't think you are free of the chance of snow if you are traveling in May or later.

These mountain passes are quite high in elevation and snow can happen at any time. You will have to watch your driving as wildlife may cross the road at different times as well. These are remote areas you are driving through.

Mountain Passes On I-90 in Montana 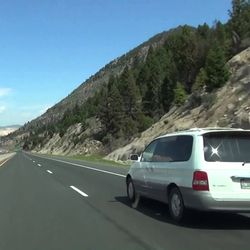 The two main passes on the I-90 in this state are the Bozeman, Homestake and you will be moving up in elevation from about 1300 feet to 5300 feet over several miles at each location.

The down grades are just as difficult to drive and you will need to go slowly up and downhill. The Homestake pass will go a little higher and get to 6600 feet high.

When you are towing a big trailer, this is the route to take as other interstates and highways are higher in elevation than the I--90. That extra elevation makes for more difficult driving.

We will include Lookout Pass in the next section as it is right on the Montana-Idaho border and can be counted in either state. There are historic and wildlife areas along Bozeman Pass that you can stop at as they accommodate vehicles.

Mountain Passes On I-90 in Idaho 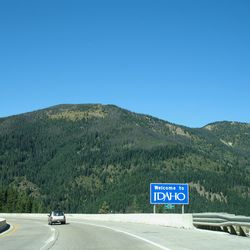 The first pass you will come to driving west on the I-90 will be Lookout Pass. It is a recreational area that is used all year round. There is some great skiing in the wintertime and some great views during the summer.

You will have to watch out for snow at this location though. Fourth of July Summit is the other major Pass you would have to be concerned about. It also has a lot of year-round activities and the Idaho government works to keep the road open all the time.

The riskiest time to travel through this area would be winter as the snow and ice can accumulate. The Fall may be the best time to go as the changing colors on the leaves make this a spectacular area to look at and take photos. 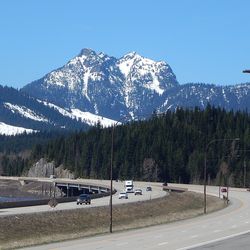 The place where Idaho and Montana meet is called the Continental Divide. This covers a wide range of area from north to south and the elevations range between 5280 feet to over 11,000 feet.

This area is considered the highest elevation on the I-90. But thankfully, the I-90 is the lowest of all the highways that travel east-west across the states. One would expect Lookout Pass to be the highest Pass on this highway.

But its elevation only reaches 4700+ feet. The Bozeman pass in Montana is higher than that as it reaches almost 6000 feet above sea level. Its specific elevation is 5819 feet and can be one of the more difficult passes to go over along this interstate highway.

This Pass follows the Lewis and Clark trail and was once an old buffalo road back in that day.

Traveling with an RV or trailer can be a lot of fun, that is once you reach your destination. But what makes those long vacations so interesting as well as challenging are the many mountain passes in the west.

While these mountain passes are beautiful, have lots of wildlife to view, and many historical places to stop at, they can be very difficult to drive. You will have to have a lot of power in your engine to get over some of these steep grades.

Watch out for the line of cars behind you and make sure to be a good travel buddy and pull over when you can.

Where Does The Time Zone Change In Tennessee On I-40? (MAP)