What Is an RF Channel on TV? (How To Watch RF Channels)

What antenna do you have? This is an important facet when you want to watch television in your RV or trailer. The antenna has been designed for the frequencies television stations broadcast their signal. If not, then you will miss out on some good television entertainment

An RF channel on TV is the old VHF system. Those channels range between 2 and 13 while the RF UHF stations broadcast on channels 14 to 51. Your antenna has to be designed for both systems if you want to watch all those channels.

To learn more about this topic, just continue to read our article. It has the information you want to know about so you can find the right antenna for your RV or trailer. Not everyone uses the satellite system just yet.

What Are RF Channels on a TV? 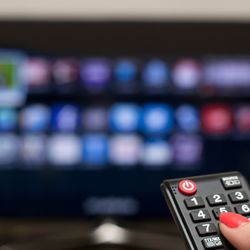 The RF in this topic stands for radio frequency. That means that different broadcast stations send out their television programming on a specific frequency. There may be more television stations in each category than listed above.

The newer digital frequencies are all broadcast on the UHF system today. Their frequencies fell or fall between this range- 470-698 Mhz UHF channels 14-64.

Instead of finding channel 3 for the old VHF option, you now may have to look for 3.1 on the UHF side of broadcasting. To find any of these channels, you need a VHF-designed antenna for the VHF channels and a UHF-designed antenna to pick up the digital signals used today.

How do I Watch RF Channels on My RV TV?

When you are not in a campground that does not offer any cable hook-up services or you do not own a satellite dish, then you need a good antenna. RF would be the wrong letters to use here.

RF stands for radio frequencies and both the analog and digital broadcast system use radio frequencies to get their signal to your TV. What you need to look for is an antenna that picks up the different signals.

Or, you can find and buy an antenna that picks you both signal ranges and broaden your TV viewing time. Anyone of the three options will handle the RF portion of television viewing.

All TV signals go through what is called the ether using Radio Frequency electromagnetic waves. You do not need a special antenna to pick up these signals. A regular UHF antenna will pick up all the new digital TV signals. The title of this section may be a little confusing. Basically, the RF channel is the channel you can pick up without any problem with your antenna. When the system says ‘found’ that should be the only channel you can watch through your system.

If you are getting nothing but snow on your screen, then that means your antenna has not found any signals in the area or it is not designed to pick up those signals that are in the area.

There are many reasons why you can’t pick up any signals. One is you are camped in a very remote location or and another is that there are too many obstacles in your antenna’s way.

Or you are not using shielded cables. Unshielded cables can pick up a lot of interference stopping them from transmitting the signal from the antenna to your TV set.

As a side note, we came across an interesting little tidbit during our research. There is a YouTube RV channel called RVerTV click the name to go to their website.

This television station has videos and streaming options to help you have a great night of TV watching. The subscription link takes you to their YouTube channel and it may be worth watching if you are a newbie RVer. 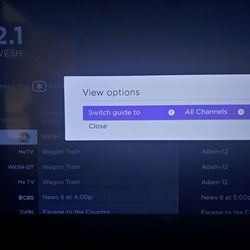 Well, all TV antennas should be finding TV stations marked RF. That RF as explained earlier simply means radio frequency. All analog and digital broadcast signals use the RF range.

It will be up to your antenna whether you get RF VHF analog signals or RF UHF digital signals. According to Samsung, if you are only getting RF channels 2 to 13, then your RF cable is attached to the wrong input jack on your television set.

All you have to do is move the cable from its current location to the other input jack. Then everything should be fine. If you are missing channels, then you may have to run your auto-programming feature to see if it will pick up those missing channels.

If you are still not getting all the channels, connect the RF cable to another TV set, if you can. If the problem persists, then there is a problem with the cable or the antenna.

Picking up television signals in your area depends on several things. One, if you own a satellite dish, you just need to point the dish to the right satellite. Two, if you have a cable hook-up, then you just need to have the right cable to make the connection.

Three, if you are only using a regular television antenna, then you need to make sure it can pick up all RF VHF and UHF signals to get full television coverage. Check your antenna first before doing anything else. That may solve all your entertainment problems.

How Do I Update My Jensen Navigation System? JRV215N Updates

How To Mount a TV Outside: Forest River RV Outside TV Mount

Dish Tailgater vs Playmaker: Differences and Which Is Better