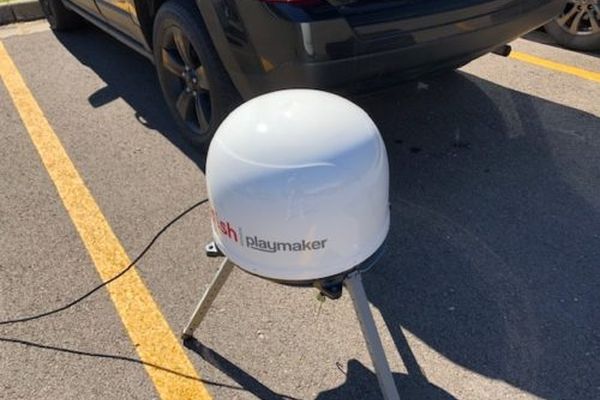 Dish Tailgater vs Playmaker: Differences and Which Is Better

Having your television going can be essential when you have nothing else to do to pass the time. The newer RV satellite dishes are designed to give you a great viewing experience no matter where you are in the country. That is if you like TV over nature.

The biggest difference between these two DISH options is that one is made by Winegard and the other is made by King. Both companies seem to have a good reputation and make top-quality products that provide you with a great picture.

To learn more about this topic, just continue to read our article. It has the information you want to know about so you can make the right satellite TV choice for your camping situation. Take a few moments to see how this information helps you with your TV viewing.

What is The Difference Between Playmaker And Tailgater? 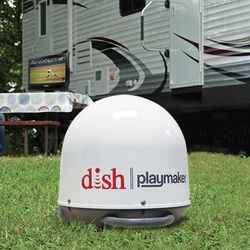 One difference will be the weight. The Playmaker is 1 pound lighter than the Tailgater. Not much of a difference there and both can work with a tripod or elevated to your RV’s roof. They work great on the ground as well as long as there are no obstructions.

The Playmaker seems to be only able to work on the ground. Another difference would be the price. The Tailgater runs roughly $299 and the pro model costs you about $349 depending on who you buy your system from.

The Playmaker is slightly cheaper as the one-channel system starts at $249 and the two-channel system costs you $299. Even though these products are made by different companies, they are both designed to work with DOSH programming only.

You can’t use them to connect to a cheaper signal source. Then you will find about 5 Tailgater models with #4 and Pro being the most recent. The Playmaker has only 2 models to choose from.

As we compare these two DISH satellite receivers, we do not find that many differences. Both are easy to set up as well. The other difference may be that the Playmaker can be set up on a pay-as-you-go basis. We did not see that option with the Tailgater. 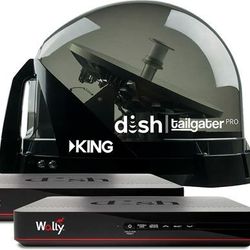 The King Tailgater is actually a DISH Tailgater. The system is made specifically for DISH. It has the same type of specs and function as the Playmaker and it can only connect to the DISH system.

Both the Tailgater and the Playmaker use the same three satellites, 110, 119, & 129 degrees and both seem to be fairly affordable with the Playmaker being the cheaper option.

Also, they both seem to have identical features and they can only be used when you are stationary. The performance also seems to be the same as bad weather affects the signal you get on both receivers.

The Tailgater #4 and Pro seem to be fully automatic and we did not see that capability on the Playmaker. Also, the Tailgater seems to be able to receive SD signals along with HD ones. The Playmaker is limited to the HD version only.

It is possible that the Playmaker is fully automatic on set-up as is the Tailgater. The set-up for the Playmaker may be its biggest weak point as it can take some time to get it up and going.

The Tailgater does not seem to have that set-up weakness. Its 5 options may be different from each other though.

Which is Better Tailgater or Playmaker? 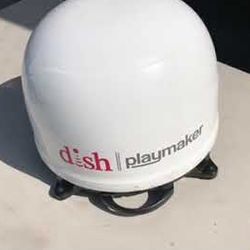 If you go by price, then one would have to say that Playmaker is better. It costs roughly $50 less than Tailgater #4 and Pro but may be the same price as #1 to 3. It will depend on the outlet selling these systems.

If you want to go by model choice, then Tailgater is better as there are 5 models to choose from, and only2 for Playmaker. How good those other 3 models are for Tailgater is not known as our resources dealt with #4 and pro only.

The accessories may make the difference here and what accessories you get with both systems will help determine performance and ease of set-up. They are almost maintenance free so you should not have to worry about either antenna once they are up and running.

We have not heard too many complaints about either system. However, Tailgater seems to come with more accessories and has fewer issues that are hard to fix. One accessory is the Wally receiver which helps the Tailgater model get satellite 61.5 degrees.

Setting Up The Receivers 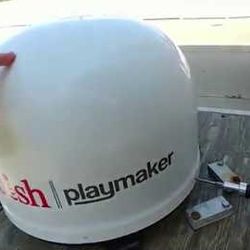 The Playmaker set-up seems easy and can be done in 4 steps:

1. Open the box, pull everything out and then attach the handle

2. Find a suitable surface to place the antenna on, and make sure there are no obstructions.

3. Connect the coax cable to the right ports

4. Connect the antenna to the right power supply, then follow the instructions for the rest of the automatic set-up process.

The Tailgater seems to be just as simple and only has 6 steps instead. Those instructions seem to be exactly the same as Playmaker’s, just make sure to connect to the TV and there does not seem to be a handle to connect on this option.

There will be an automatic set-up process for the Tailgater ponce you have made all the right connections. We must stress that part of the process. Some people do put the coax cable into the wrong port and then wonder why things are not working.

While the two systems are made by different companies, both work exclusively for the DISH programming system. They will not work for other transmitter signals so you won’t be able to connect to a cheaper company.

The biggest difference will be price and both systems seem to work well once set-up correctly. If you want the extra satellite service, then go with the Tailgater and the Wally receiver.

The best one is the one that works right for you and gives you the service you paid for.

What Is an RF Channel on TV? (How To Watch RF Channels)

How Do I Update My Jensen Navigation System? JRV215N Updates

How To Mount a TV Outside: Forest River RV Outside TV Mount