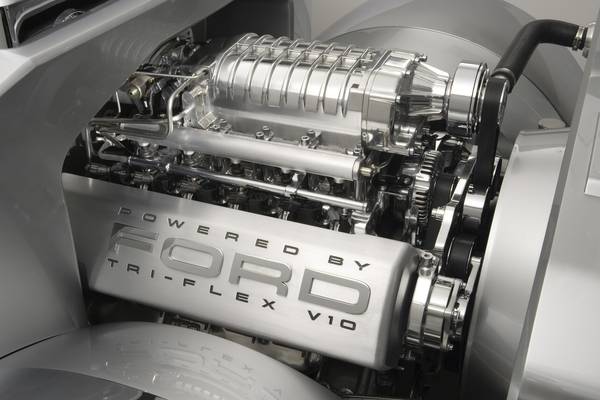 When you are driving an RV or hauling a travel trailer, the engine matters. When you are going on your next vacation, make sure the engine in your truck or RV has the power and performance you need to have a trouble-free driving time.

When you want a top engine this is the one to look to. It is supposed to last hundreds of thousands of miles without too much trouble. Its 6.8-liter size produces 362 HP, with 4750 rpm and 457-foot pounds of torque at 3,250 rpm.

To learn more about the performance of this top engine, just continue to read our article. It has the information you want to know about before you buy another lesser engine to tow your travel trailer or power your RV.

How Much Does a Ford v10 Engine Weigh

With a cast-iron block, you can expect this motor to weigh a ton. But the aluminum cylinder heads help keep the weight off. The average weight of this engine should be 620 pounds, give or take a few pounds.

The overall weight may change throughout the years it is in production but that is minor details that do not affect the performance of the engine. You still get top rpms, torque, and horsepower when you need to pull a heavy load.

The cast-iron block is durable and well built for maximum performance. 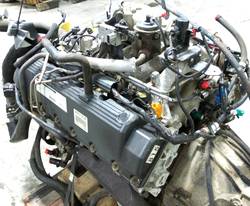 This will depend on the year the engine was made. the earlier models were initially given 305 horsepower. This was boosted to 310 at the turn of the century and stayed that way for the next 5 years.

The amount of hp your Ford V10 gets will depend on the model of the truck or RV you are purchasing.

The type of horsepower performance you will receive will depend on the model of truck or van the engine was placed in. Some versions came with a large amount of horsepower while others were not so powerful. Here is a list of some of the total horsepower you can get in different years:

The change in power came when Ford decided to go to a 3 valve system with an independent cam in each cylinder. There were 2 intake valves and one exhaust valve in each cylinder making sure the engine got the power.

The listed bolt torque specs are 40 Nm and 30-foot pounds then you need to do a +90 degree turn twice. If there is a problem, the bolts should be replaced by new ones as they cannot be reused.

Double-check with the owner’s manual as the different years may have been given slight differences like the hp was given. Or ask a qualified mechanic what is actually needed on these motors.

The 2011 6.8 liters V10 motor came with a 9,06:1 compression ratio. That ratio may change from year to year and you should use your owner’s manual to guide you for the specific motor you have in your vehicle. 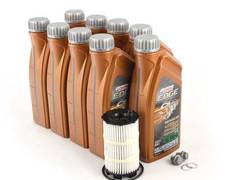 There seems to be a little discrepancy in the amount of oil you need to fill the oil tank on this engine. One source said 6 quarts of 5w20 is needed while another 2 listed the amount at 7 quarts of 5w20 motor oil.

As for frequency, check your owner’s manual as newer cars and upgraded oil products seem to last longer on the same oil than the old industry standard of 3,000 to 5,000 miles between changes.

It is best to stick to what the manual says about the amount of oil. While some people have added a third figure, 6 1/2 quarts, the manual states only 6 quarts are needed. Overfilling the engine with oil is as bad as not having enough oil in the oil tank.

It is possible that older V10 engines took more oil than the more recent models so double check to make sure. Err on the side of the information in your manual.

Technology does make improvements as more research and development are performed. Here is one list of some of the upgrades given to this motor over the years as technology has found new solutions to old problems:

Like any motor out there, the V10 will have different mpgs due to the many different factors that can rob it of peak performance. Some people have reported 9 1/2 mpg on one tank traveling at 65 mph and 10 1/2 mpg while traveling at 60 mph on the second.

Towing a car saw a drop to 9 and 8 1/2 mpg with the same RV. others saw a lot lower performance as they reported 6 1/2 to 7 mpg towing a Cherokee and 8 to 9 mpg without towing anything.

That seems to be the average for all drivers driving under real road conditions. The variables in this situation are the condition of the roads you travel, the weight of the RV and the total load, your road speed, and wind resistance.

Since all of these variables can vary from state to state and road to road, your results will vary as well. The reason there is such a low mpg result is that the engine has to work harder under poorer conditions or heavier loads. Lighten up the RV and drive only in perfect conditions and you will see a rise in the total mpg you get.

Known Problems With the V10 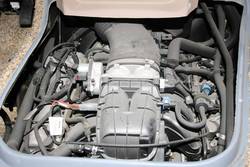 As good as the 6.8-liter V10 engine can be, it is still not a perfect motor. While it can get up to and over 297,000 miles before needing any servicing or major repairs, it still does have its problems, and not everyone gets such great performance.

Here are some of the known problems you may encounter at some point in your ownership of this motor:

1. Launching spark plugs - these parts are known to get loose and when they do, the engine spits them outright through the cylinder head. That also strips the threads. To avoid this problem you need to check the spark plugs regularly and re-torque them if they feel loose. Re-tapping the threads may take a little time.

2. Engine misfire - the innovative coil on the design of the plugs is not without its issues. These can fail on you if they are exposed to moisture especially the two next to the engine firewall.

The error codes go from P301 to P310 with the last 2 digits indicating the coil that is misfiring. The coils are easy to replace when you locate the one misfiring.

3. Manifold studs rust and break - the factory studs are known to rust and when they do they create an exhaust leak. The repair should be handled by a trained mechanic who knows how to weld well.

4. It drinks oil - there are many models of this engine that have a thirst for oil. The engines can consume up to a quart between oil changes. In other words, even new V10s can burn oil on you so check this regularly as too little oil may cause you some problems later on.

5. Oil leaks - the little seal between the engine block and the oil cooler adapter. That is if the leak is on the driver’s side of the motor.

Here are some more specs that were not mentioned in the above article. This chart will make it easy to read:

Having a top moor under the hood is vital to any driving experience. It is even more so when you are driving a large RV or pulling a travel trailer. The power and performance at your fingertips make your on-the-road experience a lot better and easier to handle.

The Ford 6.8L V10 may be an ideal engine as it does provide you with both power and durability with some motors known to go over 300,000 miles. Just take a look at the specs to see how good it really is.