If there is anything that shows one-mindedness, it is a cooling fan. Its job is simple, cool off any part that gets too hot. Unfortunately, the converter may not be getting enough air so the fan has to stay on at all times to keep it cool enough to work.

When it comes to cooling fans you need to check the converter’s compartment. If it is not getting enough airflow then it never cools down and the fan has to remain on and keep working without a break. Add some air flow to give the fan a little rest.

To learn more about this problem just continue to read our article. It has the information you want to know about so you can take the right action when your converter fan does not shut off.

No, it shouldn’t. You may find that it cycles on and off throughout the day. One owner had his shut off for 7 to 8 minutes then turned on for 1 minute before turning off again.

This is not normal and indicates that there is a cooling problem. Of course, when you are not on shore power, the converter should not be working and you should not hear the fan at this time.

But you will hear the fan when there is too much power drawn when you are plugged into shore power. For example, if the batteries are recharging, you should hear the fan until that process is over.

Or if you left all the lights on, the converter may be over-working and getting too hot. Check your power usage first before worrying about if there is something wrong with the fan.

Turn off any items that draw power that is not needed.

Why Does My RV Converter Fan Keeps Running?

This situation only occurs when you are connected to shore power. The converter’s job is to convert the AC power to DC power so your DC-powered items can function.

This duty includes recharging the battery or batteries, powering the lights, and so on. While the converter works, it can get hot. That is when the fan kicks in to keep it from over-heating. There are several reasons why the fan won’t turn off.

One is as we mentioned there is too much power drawn through the converter. All DC-operated appliances, lights, etc., will make the converter work too hard if they are all on at the same time.

Then the compartment may not be getting enough cool air. We say cool as some regions of the country can be very hot and there is no cool air to be found. Without cool air coming through the compartment, the fan needs to turn on and keep the device from over-heating.

Also, dust and other elements may block the converter from getting any good airflow. 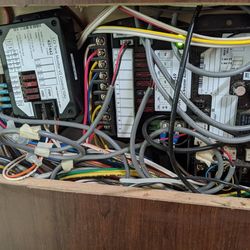 One of the good signs that you have a converter that is working well is that you have 12-volt power coming through the system. As long as you have lights, appliances, etc., working, then the converter is not going bad on you.

You can strike that source off your list of possibilities. It is not keeping the fan running and the fan would not run if the converter is bad. When you hear the fan running continuously, then you need to look for other possible sources.

One, check your power use. If it is too great then your converter is working too hard and needs the fan to cool off. One possible source that keeps the fan working is poor ventilation.

You may need to give the converter more clearance and make sure it is clean. A dirty converter will work harder because it is not getting any good airflow.

The RV Converter Fan Turns On And Off

One of the possible sources could be the thermostat on the converter. The fan is thermostat control and that part could be cycling the fan on and off for a variety of reasons.

Several of those reasons have already been mentioned. Another possible source will be when your battery goes bad. The failure to hold a charge will have your converter working over-time to recharge the battery.

Put a battery charger on the battery to see if that is the problem. If so, then change the battery. Also, as we have said, check how many appliances and other 12-volt operated devices are on at the same time.

Too many devices turned on will draw too much power and keep that fab cycling on and off. Turn off the devices you do not need to help cool the converter.

How do I Test My RV Converter Fan? 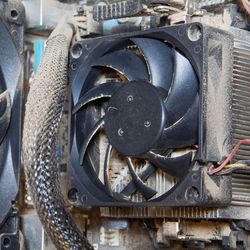 You can use a multimeter to see if there is power getting to the fan or not. If not, then the problem lies elsewhere and not with the fan. Or you may have a blown fuse so check the fuses and breaker to make sure everything is in top working order.

After that, check the temperature sensor to see if it is working or not. It can go bad and the fan may be kept off as no temperature is detected or it may be kept on as the sensor thinks the converter is always too hot.

Another place to look will be the input jack. It may be dirty and that will keep the fan from operating normally. For the sensor, you should replace it if it is going or has gone bad. The input jack just needs some cleaning

Like so many other moving parts, the converter fan can make a lot of noise when there is something wrong. These sources are not that hard to fix once you find them.

One source will be dirt. When there is pet hair, dirt, dust, etc., building up then you need to clean the fan. You can do this with compressed air or take the fan out and clean it with a rag.

Another source will be the fan bearings. When they need lubrication or have gone bad, they will make a lot of noise. New lubrication or replacing the bearings are the required fixes here.

You can try using WD-40 to lubricate and clean out any dirt, etc., that is bothering your fan’s operation. Other noises you may hear after you have fixed the fan could be signs that the converter is failing and either needs repairing or replacing.

The RV Converter Fan Not Coming On 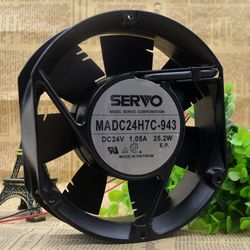 In most cases, this is an electrical problem. The wiring may have come loose so the fan won’t turn on when the temperature sensor tells it to. Just tighten the wire connections.

Then, other electrical issues would be a blown fuse or a tripped breaker. Check those to make sure they are in good working order. After, that, check your temperature sensor. If it is not working, it won’t tell the fan to turn on.

Next on your list will be the input jack. If there is a bad connection here or the jack is dirty, it won’t help the fan to turn on. Compressed air or a good contact cleaner will suffice in most cases when this is the problem.

The first place to look will be those dedicated RV parts & accessories outlets. Places like RV Parts nation, E-trailer, and similar businesses should have the fan you need. Just make sure to have the part or model number of your converter fan.

You can also check with the company that made the converter. They should have spare parts. Those should be easy to get if they sell directly to the public. Or, they may be on sale wherever RV converters are sold.

The places of last resort would be Amazon, e-Bay, Craigslist, and similar marketplaces. They may have the fan you need or they may be out of stock. Right now Amazon does not list them under converter fan as those models may be used in a variety of electrical devices.

They may be simply listed under fans. Many fans can be used for different devices.

The converter fan is a single-minded device. When the converter gets too hot, it turns on to cool the electrical device. That is a simple duty that when not done right cause expensive damage.

Make sure to clean the converter fan at least once a year to help it work right. Maybe even twice a year if you have gone down a lot of duty, dirt roads recently. Also, make sure the converter has good ventilation so the fan does not have to work as hard.

RV Lights Flickering When Plugged In (Why and How To Fix)