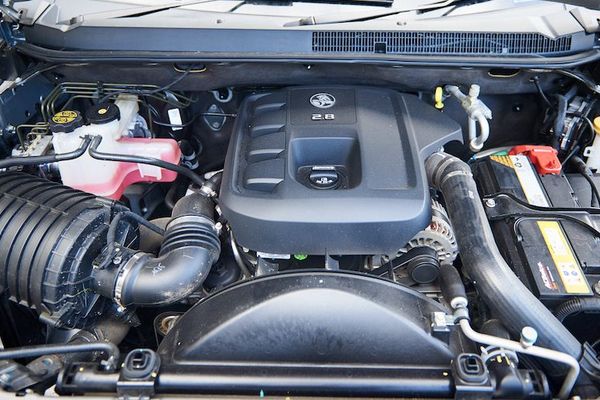 How Long Will a Diesel Engine Run On Gasoline? (Guide)

You can try, but you won’t get very far. Diesel fuel and gasoline have different characteristics and the engines that run off each fuel are designed differently. It may be possible to go 10 miles if you have enough diesel in your tank, but when the diesel runs out, so do you.

No, it is not advisable to put gas into a diesel engine. Especially if your vehicle was made after 2012. The fragile engine systems will be damaged if you try to experiment and the experiment will end up costing you thousands in repair.

To learn more about this topic just continue to read our article. It has the information you want to know about so you can avoid the problems that come when gas is mixed with diesel engines. It is not usually a cheap situation to get out of.

Can a Diesel Engine Run On Gasoline? 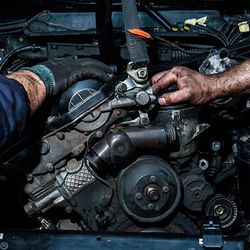 One diesel owner said he got 10 miles out of his diesel engine when gas was accidentally placed into his car’s fuel tank. He also said, he only had to have the tank drained with no other damage in sight. He was lucky.

Diesel engines will run with a little gas in them but the ratio of the mixture has to be like 90 to 10 with diesel at the 90 end of the scale. Plus, the diesel engine has to be made prior to 2007 if not older for that ratio to work.

With the highly sensitive emissions and other systems added to diesel vehicles these days, if you run your car or truck, you could expect to pay thousands in repairs. Not everyone will be as lucky as that one owner.

Putting gas in your diesel fuel tank is about as bad as putting DEF in your fuel tank or diesel in your DEF tank. You can’t run on automatic when you go to the gas station anymore.

Watch for the different colored gas nozzles and the signs on your fuel tank opening to make sure you put the right fuel inside. If you see that you made a mistake, do not start your engine.

Instead, call a tow truck and have them take the vehicle to the nearest mechanic that can handle the work for you. Or if you can do it yourself, have the tow truck take you home so you can work on it.

How Long Will a Diesel Engine Run On Gasoline? 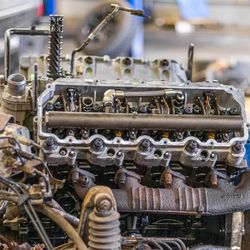 The best answer that can be given is ‘not long’. It is not escaping the issue but keeping everything in perspective as each situation is different.

The mitigating factors that come with this question are- how much diesel was in the tank when the gas entered? How much gas was put into the tank? Was the engine maintained well? And so on.

One person said his diesel fuel car ran for 15 minutes and 10 miles. It stopped the moment the diesel in the tank ran out. Everyone’s experience may be different due to the engine model, how old it is, what systems it has on it, and so on.

There are too many variables to provide an accurate rate in minutes as to how long your diesel will run after putting gas in the fuel tank. The best thing to do is NOT to test this out.

The damage you will cause to your diesel engine is not going to be helpful to your wallet or budget. Plus, you will be without a vehicle until all the repairs are done. The best-case scenario is that nothing will happen and all you have to do is flush the fuel system and drain the fuel tank.

But even those repairs will cost you enough money to think twice when you are at the gas pump.

Will 1 Gallon Of Gas Hurt a Diesel Engine? 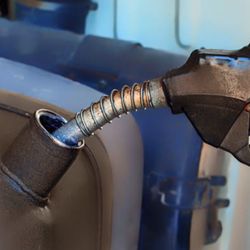 Yes, it will. In fact, as little as 1% of gas in the engine will lower the flash point in the diesel fuel by 18 degrees C or 66 degrees F. This lower flash point will cause the fuel to ignite too soon and that premature ignition will cause engine damage.

Plus, even a little gas can damage the fuel pump as well as the fuel injectors. That is because of the differences between diesel and gas. The former is an oil that provides lubrication to all the diesel engine parts it comes in contact with.

Gas is a solvent that provides no lubrication to those engine parts. Without that lubrication, your engine parts will get a lot more wear far too quickly.

The Damage Gas Can Do To a Diesel Engine 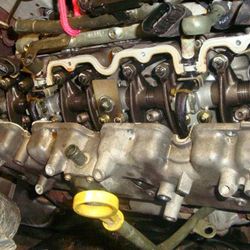 There is the possibility that one, none, or all of the following types of damage can happen when you put gas into your diesel fuel tank:

1. No ignition- no spark plugs, no way to ignite the gas

2. No lubrication- engine parts get damaged as metal rubs against metal

3. Damage to the fuel system- very expensive to repair as it may need replacing completely

4. Uncontrolled detonation- this can happen anywhere in the fuel system and damage all the internal parts to the point they can’t be repaired

5. Unburnt fuel- since gas combusts at 70 degrees F and diesel at 126 degrees F, you will leave a lot of unburnt fuel and black smoke in your wake. This will also clog your sensors with soot

All of these possibilities lead to severe engine damage which will be very costly to fix.

When you go to the gas station, keep your eyes open. Do not run on automatic as that is when mistakes occur. Watch out for the color of the nozzle, the signs saying which fuel is which, and so on.

Engines today are specialized and are too fragile to handle contamination, even from something as ordinary as gas. If you do put gas in your diesel fuel tank, don’t start it. That action will save you a lot of money.

What Is B5 Diesel Fuel? (Price, Properties, and How To Find)