RV Storage With Electricity vs No Electricity (Pros and Cons)
What Is B5 Diesel Fuel? (Price, Properties, and How To Find)
How To Find The Flattest Route For RVs on Google Maps (Guide)
3.31 vs 3.55 Axle Ratio: Difference Between 3.31 And 3.55 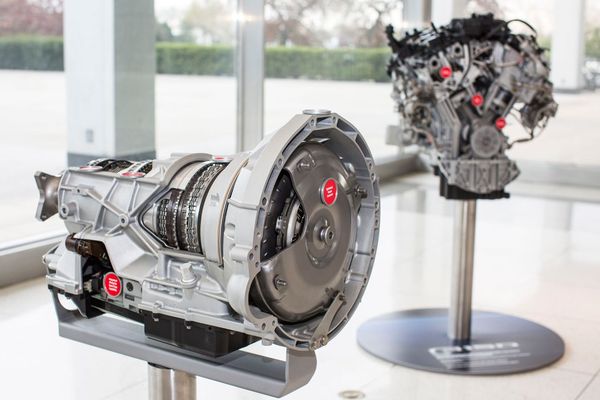 Is a 10-speed transmission worth it? That is the question as there are many complaints about how these new transmissions operate on the road and while towing. The Allison may be the best of the bunch as it comes from a top transmission making company.

Modern technology has done a lot to upgrade common devices found in all vehicles. One of the things it has not been able to do is remove all the problems associated with those devices. The 10-speed Allison is no exception.

To learn more about this transmission option and brand, just continue to read our article. It has the information you want to know about so you can decide if this is a transmission you want to use in your next new vehicle. It may or may not be an improvement on past designs.

Is The New Allison 10 Speed Any Good? 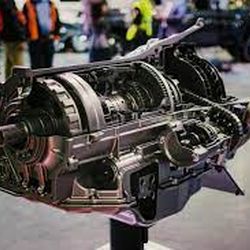 In our research, we have come across information that states that Allison is not behind the new 10-speed transmission you find in the new GM trucks. That company did not make this new transmission but was built in-house by GM.

GM just uses the Allison name to get people to like the new transmission and have them think it was made by this top company. The good news is that the new 10-speed transmission may have been designed by top engineers who stayed at GM when they sold Allison to another company.

Allison was a GM company for decades so this new transmission should still be good even though GM spun it off recently. From what we have read, most GM truck owners like the new transmission and find it very suitable for their towing purposes.

It is a well-designed device that seems to do the job very well. There are not a lot of people calling it junk or calling for it to be removed from any GM trucks.

Is The 10-Speed Transmission Reliable?

For the most part, this transmission seems to be very reliable. This includes when your version has some common problems. The components used seem to be some of the best technology can produce and they do a good job.

This transmission has received high praise as it does work very well when it is in tow/haul mode. Owners have loved it when they put it in that mode and tow their trailers.

Other owners say that this model of the Allison transmission is better than the old 6-gear option it replaced. Some owners do not notice when the transmission shifts. Plus, it does not search for gears when towing up steep grades.

While there are problems that come with this transmission, one can say that those problems are overshadowed by the extremely good performance owners get out of it. This transmission is a vast improvement over earlier models and those were said to be good as well.

The best thing to do is take a more recent GM truck with this transmission out for a test drive and see for yourself.

What Year is a 10-Speed Allison Transmission? 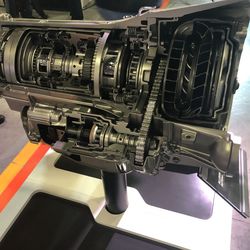 It was announced in 2019, that the 2020 Sierras and Silverados would be coming out with this transmission option. The transmission has only been around for 2 years and from what we understand, many owners are very impressed by its performance.

This transmission is only branded with the Allison name and is a GM-built component. It is coupled with the Duramax diesel engine and that seems to be the perfect partnership.

While there are naysayers who do not like the transmission for its common problems, it is holding up well and has received a lot of praise. This is supposed to be an ‘all new’ transmission design and there may still be a few bugs in the system.

That may take a few years to rectify yet but right now the biggest complaint we have seen is that the transmission is not made by Allison Transmission Company. It may have its name but it is not an Allison product by any stretch of the imagination.

Is The Allison 10-Speed a Real Allison?

No, GM is just using the name as a branding strategy. After all, GM owned Allison for decades before they sold part of the unit back in 2007. Over the years, GM and Allison had partnered on many transmissions including the 10-speed put in their 2019 Silverado 1500.

The partnership started back in the 1930s. Allison got its start as the Indianapolis Speedway Team Company back in 1915. When the founder died 14 years later, GM bought the company and made it one of its subsidiaries.

When GM sold the unit in 2007, they sold it to The Carlyle Group and Onex Corp, and Allison remains today one of the best transmission companies around. They have a world wide presence and a stellar reputation to match.

One thing about this sell off is that GM may have kept a portion of the Allison company for itself. The word is they kept the light truck operations and got rid of everything else.

Technically, this new transmission may be an Allison even though it is built by GM.

How Much Horsepower Can The 10-Speed Allison Handle? 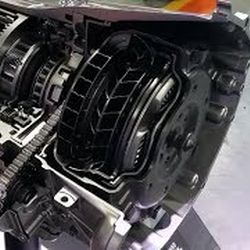 Given the power many modern motors come with, there are limits to what the 10-speed Allison can handle. This is one of the concerns many reviewers and car experts bring up in the content on their websites.

The Allison 10L1000 can only handle up to 500 HP. After that you may run into difficulties including a transmission lockout which many car experts think should not take place.

The problem lies with the Torque Converter Lockup Mechanism and not only does it happen at that HP level, but it will also have problems when truck owners change their tire sizes to larger versions without a re-gear adjustment.

Also, this problem comes in with towing a very heavy load. So far no one we have read on the discussion forums has mentioned this problem so they may not reach those levels or make those changes.

There are companies offering an after-market fix for this problem. With a little research, you should be able to find one of those companies near you or near where you are traveling.

This is just one weakness that comes with this transmission and we will get to those later.

Who Makes The 10-Speed Allison?

Allison and GM have been together for so long it is hard to think of them being two separate companies now. Ever since GM bought the company in 1929 Allison has been making transmissions for GM, and they still make them even after the 2007 split.

The reports we have read found that people think it is a superior transmission to previous models and it shifts very smoothly. Every transmission will have some sort of flaw and those flaws do not make the 10-speed model a bad one.

They just need to be fixed or redesigned so that the transmission work is even better. GM also put a Transmission Unique Number (TUN) and a Part Unique Number (PUN) on this transmission and if you change those numbers, without programming the new ones in the TCM, you could have shift problems. 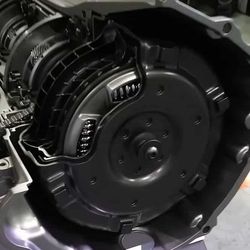 There are different problems with this device and we mentioned one earlier. Here is a list with short explanations. If you want more detailed information just click here.

1. The Stator- this is the part that controls the stall speed and it is not very strong. To fix it you need to make one out of stronger metal

2. Added power problems- due to the design the transmission is only built to handle so much power. When it is asked to handle more it will not do that. The fix is not to go past factory settings for the power.

3. The “E” Clutch Hub- is the most used clutch in this transmission and it is not made from very strong materials either. It can wear out very quickly and needs to be made out of steel not aluminum.

4. The OEM Oil Pan- there are numerous problems with the design since it is stamped and then cooled. It is too thin, too small, and does not exhaust heat very well to name a few of those problems.

5. The High Pressure Oil Pump- may get too many clutch and steel particulates inside of it. This will shorten its lifespan.

6. The Valve Body- it can wear out fairly quickly but there are no regenerative options available. The replacement may be the only option

7. The Electronics- there are different sensors all working together and if one fails, then you may have a problem with the whole transmission. It is a complicated system that has little room for error.

With all of these complaints and problems, the review still states that this is a long awaited upgrade. The problem is that the expectations may put too much pressure on the transmission design and the device won’t meet those expectations.

From what we have read, so far many owners do not encounter these problems but the transmission has only been out for about 2 years. Time will tell if these problems are as bad as the car experts claim.

We may as well start where we left off and say that some car experts think this is the logical next step in the progression of the GM/Allison transmission lineup. It is a well-designed device that has the capability of doing a lot for the truck it is installed.

Owners have stated that in the tow-haul mode it is a solid transmission that tows at least 9000 pounds with ease and without causing any trouble. Another owner stated that this model performs significantly better than the previous 6-speed models.

While many owners did not like the common problems associated with this transmission they did not bring a negative review about them. Instead, they hated the fact that GM sold off Allison more than they did those problems.

As we said, the transmission is still relatively new and those problems may become more of a problem down the road. 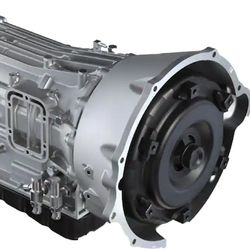 Many people debating this topic simply say it depends. But one owner who has owned trucks with both transmissions has stated that the 10-speed is superior to the 6-speed.

Other reviewers have said similar words by saying it is a long awaited upgrade. While the 6-speed is a good transmission and has been put in a variety of truck models, the 10-speed is just like moving from a cassette tape to a CD or a CD to a DVD.

Both are good but the newer one has benefited from the upgrades in technological knowledge and capabilities. You just get more options, better shifting, and better fuel economy with the more modern design.

That is what is important when you tow trailers over mountains.

Allison is not with GM anymore and hasn’t been for about 15 years. That does not stop GM from building top transmissions for its trucks. While they use the Allison name for their new transmissions, those devices are superior to previous models.

The problems can be overcome and one should not avoid this transmission because it has problems. It is a good upgrade that should help you tow over those mountain roads a lot better than you had in the past. Take one for a test drive today.