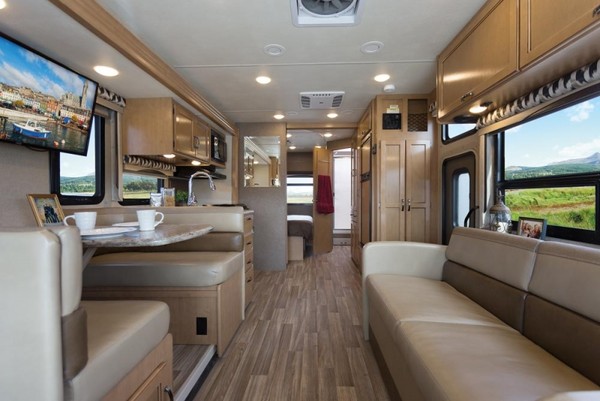 Life can get boring even when you are on the road in an RV. As exciting it is to see new places and meet new people, RV life still needs a break from the same old thing. Finding the right RV entertainment system for you can be a bit of a search as RV makers go the cheap route.

Your RV may not have a Blu-Ray player simply because this mode of entertainment is still not that popular. However, if you are bent on having one, check out the electronic stores in your area or shop through Amazon. You should be able to find a top-quality player at those outlets.

To find out more about where to get a Blue-ray player, just continue to read our article. It has the information you want to know about, so your search is not as difficult or as long. It is easier than you think to find a top-quality brand to buy.

Why No Blue-Ray Players in New Campers? 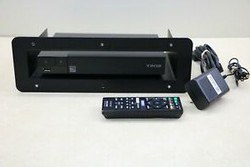 There may be two reasons why your RV did not come with a Blu-ray player and has only a standard DVD player. The first reason will be cost. Manufacturers need to watch their bottom line, and placing cheaper units in their RVs means they get a better profit margin.

That move also makes sure your costs do not go up. The second reason why is that it is possible that most people do not want Blu-Ray players. They have no need for them and prefer watching regular DVDs.

Of course, as someone has pointed out, the TVs RV makers install or want to sell you are not always the best on the market. Having a Blue Ray player with a low-quality TV is not a good idea.

While Blue Ray players are backward compatible, that does not mean the TV screen is still up to the task of giving you a great picture to view.

Are Blu-Ray Players Being Phased Out?

It has been said that Samsung has or is getting out of the Blu-Ray market, leaving the field to only a handful of companies. Even Warner Brothers has plans to end DVD and Blu-ray distribution by the end of 2022.

The answer is that, yes, Blu-Ray players are being phased out by some companies. Some of these companies have cited the streaming services have had an impact on their decision.

One reason is the lack of physical media in certain countries. The equipment is not available for people to purchase these entertainment options. Then another reason cites the inconvenience of buying the movies.

That inconvenience is defined as people going out and actually entering a store to make their purchase. These entertainment companies want to end that ‘domination’ and just have you download an app to be entertained.

The cost of making Blu-Ray and DVD disks may be another reason why they are being phased out.

Several options are at your disposal when you cannot afford to buy a Blu-ray player. You can use the Game Station or the Xbox as many of their more current models have the capability of playing these movies.

If you have kids, it makes sense to buy just one player and not two. When they are not playing their games, you can slip in a movie and watch what you want. Of course, there needs to be some scheduling going on so that there are not use conflicts between parents and kids.

With Samsung exiting the market, you will still have Panasonic, Sony, Concerttone, iRV, and Jensen brands to choose between. Plus, there will always be someone making them on the secondary market and selling them under different unique brand names.

While some companies are phasing them out, you should be able to find Blu-Ray players for some time to come. 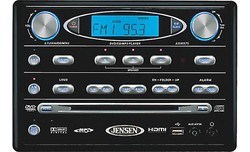 The word is that while there are Jensen Blu-Ray players available for RV electrical systems, they are few and far between. You would have to make sure the player has an HDMI output jack and an input one.

When you do find one, you should find it in a floor mounting model or a shelf mounting one. So you do have some choices available to you. All the mounting hardware is included in your purchase, so that will be the least of your worries.

One thing is for sure, read the box carefully as while many Jenson players play all sorts of different media sources, they may still not be compatible with Blu-Ray. keep in mind that Bluetooth isn’t the same as Blue Ray.

We checked several of their players, and not one mentioned Blu-Ray. Their players seem to be reasonably priced for all the features you get when you purchase one. Furrian seems to produce and sell top-quality players, but you may have to ask the salesman specifically about playing Blu-Ray disks.

The best thing to do is compare with other brands and see which one will work best for you and fit your budget at the same time.

Blue Ray seems to be going the way of disco music and the 8-track player. It was fun while it lasted, but there seems to be a better system in place already. Check out your entertainment options and see if Blu-Ray will actually work for you. Many RV manufacturers may not give you these units as standard features.