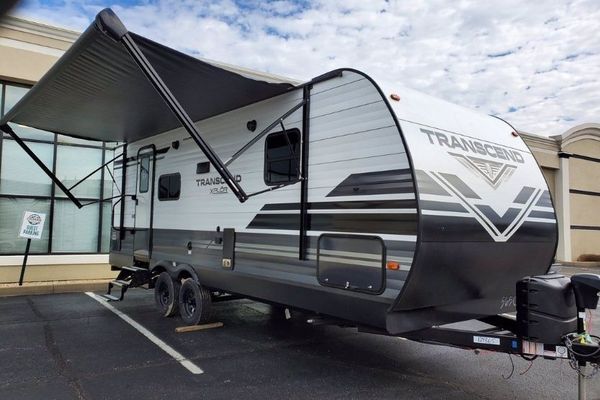 You may think that if you have seen one RV brand, you have seen them all. In many cases that is true. So many RV brands are owned by one company that it is hard to tell the difference between them. Some RV brands do duplicate their designs and just put a different brand name on the duplicates.

To find out which is better, just continue to read our article. It presents as much evidence as possible to help you make the determination of which is a better RV brand. There may not be a right or wrong answer here.

Is Jayco or Grand Design Better? 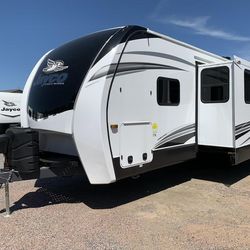 The overall edge would probably go to Jayco simply because it has been in business for 60 years approx. They have more experience and more models to choose from than Grand Design does. The latter RV maker has only been in business for 10 years but it is making its mark in this industry.

Both companies started out as a family-owned business but have been bought out by bigger companies. Those companies have made their own mark on the companies and influenced their quality and so on.

Keep in mind that both companies have access to the same component makers which means that any component failure would reflect on those companies and not Jayco or Grand Design.

To determine which is better may come down to customer service and their repair service. There are complaints about both companies failing in these two vital departments.

In the end, how you were treated by either company and how long your RV or trailer lasted before breaking down will determine which company is the best.

One of the major differences between these two options is that the Jayco model has the Safety Markers And Reverse Travel (SMART) light system while the Reflection does not. This system is supposed to help you get better visibility when towing and facing lane changes, etc.

Also, the Eagle is said to be loaded with lots of standard features you will not get if you buy the Reflection. The reason may be is that Grand design decided to go cheap on its components.

One owner did not like those changes as they ruined the new models with cheap roller blinds, worse fabric than Jayco, and their vents no longer closed as Jayco’s does.

The Eagle is also supposed to be prepped for a generator while the Reflection may not be. However, some owners did not like the fact that Jayco may have done the same thing as Grand Design and did not go for quality as some people were very disappointed in its lack of solid construction.

They preferred the Reflection over the Eagle for this very reason. The Reflection may have a stronger structural design than the Jayco and the former company gives their model a 3-year structural warranty over 2 years at Jayco. 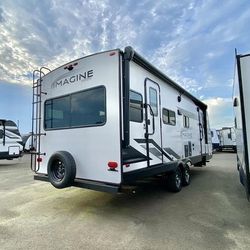 It seems that the Imagine will win this comparison. In towing, the Imagine is 1000 pounds heavier and has smoother brakes than the White Hawk. But other than that the two trailers were quite even in this category.

When it came to set up, the Imagine was slower but it had a stronger tongue jack than the White Hawk. Plus it was easier to level. The White Hawk only had an advantage with the adjustable pole and foot.

From the soundproofing to slide-outs to the fridge to the stability, Imagine came out on top each time. It was just a better build all around. The awning rolled out faster in the Jayco but that is a minor win for that trailer.

One important win was the shower. The Imagine’s was bigger and better than the White Hawk. Overall the Imagine is the better trailer in this comparison and seems to be well-built.

According to some owners, what is wrong with the Solitude is also wrong with the Pinnacle. What that means is that you are going to find the same issues with one as you would with the other. These trailers are not that much different.

Some of the complaints range from a bad location for the propane quick connect device, not being able to see the awnings move when pressing the switches, and the plumbing pipes being a mixture of PEX and vinyl with PEX fittings that do not fit the vinyl.

What makes the Solitude better than the Pinnacle is that it has bigger tanks and more windows. Many prospective buyers did not like the darker Pinnacle and they did like the faster leveling jacks on the Solitude.

One reviewer flatly stated that it is very hard to beat any Grand design trailer because of the quality build and great craftsmanship that goes into these trailers. That may be a bit of a biased statement as there are some Jayco trailers that are better than a Grand design model.

The problem with grand Design is that some of their dealers do not have great reputations but the same can be said for all RV brands. 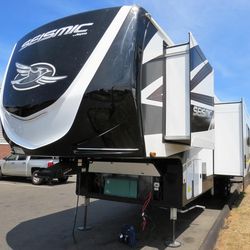 When it comes to toy haulers the Momentum beats the Seismic in garage length. The Momentum's garage measures 13’ 6” while the Seismic measures a flat 13’.

Both come with 3 slide-outs and 50-amp wiring. There are far too many features to list here for either model but suffice it to say that you won’t be lacking anything when you buy one or the other trailer.

This comparison will boil; down to the quality of the build and the overall length of the trailers. The Momentum is about 3 feet longer than the Seismic it measures 44’ 2” while the Seismic measures 41’ 7” But the length will depend on the model you get for either option.

Also depending on the model number, you can get between 3 and 4 slide-outs for either model so there is no clear winner here. Dual bathrooms are in both models and the floor plans look better with the Momentum than they do with the Seismic.

It is hard to say which is better as they both bring so much to your RV life. But Grand Design seems to have the better reputation so the scales tip in their favor.

When it comes to length, the North Point is just under a foot longer than the longest Solitude. But that is only one trailer and many Solitudes are longer than a majority of North Point trailers.

However, the longest Solitude is 2000 pounds heavier than the longest North Point and that is a key factor when your tow vehicle does not tow over 15,000 pounds.

When you want comfort, the Solitude’s floor plans look and feel better, larger, and less crowded than the North Point option. Some reviewers felt that this is an unfair comparison as the North Point is a step down from the Pinnacle.

They felt the Pinnacle was closer to the Solitude in class, size, design, and so on. To be honest, you may find that you like the North Point better than the Solitude. That is why there are so many different RVs and trailers on the road today.

Not everyone has the same taste or preferences and they get plenty of choices to find what fits those preferences. To say one is better than the other boils down to how well the units were put together.

Unfortunately, Jayco does not have a great reputation for building solid RVs or trailers. Grand Design does and they may be the better option no matter which trailer you compare theirs to. 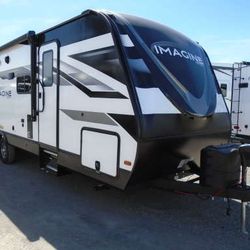 This may not be a great comparison as the Jay Feather rarely reaches to and over 30’ in length. The Imagine has a few trailer models under 30 feet in length. The heaviest Imagine weighs just over 10,000 pounds while the heaviest Jay feather does not even reach 8,000 pounds.

When you want a smaller and lighter trailer, then you may be better off with the Jay feather as they have many to choose from. The lightest Imagine is just under 8,000 pounds. It is heavier than the heaviest Jay Feather.

Very few Jay feathers come with more than 1 slide-out while the Imagine has several models with 2. You are going to get more features with the Imagine than the Jay Feather but not everyone is interested in paying for lots of features they may not use.

In looking at the floor plans, the Imagine is more spacious than the jay Feather but that is due more to the bigger size than the design. The winner here would be the Imagine as it just has more space, more features, and should have a better build quality.

This will depend on who you talk to as many Grand Design owners had either great or bad customer service from this company. They have had the same treatment at other RV companies.

For only being in existence for 10 years, Grand Design certainly has made its mark quickly on the industry. The word is they are not trying to build better quality RVs than their competitors, they are trying to have better customer service instead.

The company receives high marks for its after-sales service. It Is not like two inexperienced people decided to build RVs one day. The original owners behind the company were former executives of Keystone. The company had a good running start in knowing how to build RVs.

Their reputation is not just built on experience. The company carries an A+ BBB rating as well as a 3.8 out of 5 stars rating at RV Insider. While the company is now owned by Winnebago, the parent company has allowed Grand Design to operate as an independent subsidiary which allows it to develop its brand as the leaders of the company see fit.

In contrast. Jayco while having been around for almost 60 years does not have that same independence from Thor Industries and their RV quality may be a bit lower in standards than Grand Designs.

Jayco may have been in business longer but the experience behind Grand Design helped it catch up and probably surpass Jayco in many areas of RV building and customer care.

Grand Design is a good RV company but your experience may not let you think so.

When it comes to comparing different RV brands, it is a difficult task. There are so many models built that one model may compare well to another or be mismatched.

People can get the wrong impression from these comparisons. Just use the above information to help you look at both RV companies with eyes wide open. Sometimes Jayco is better and sometimes Grand Design is better. Your task is to pick the right one.