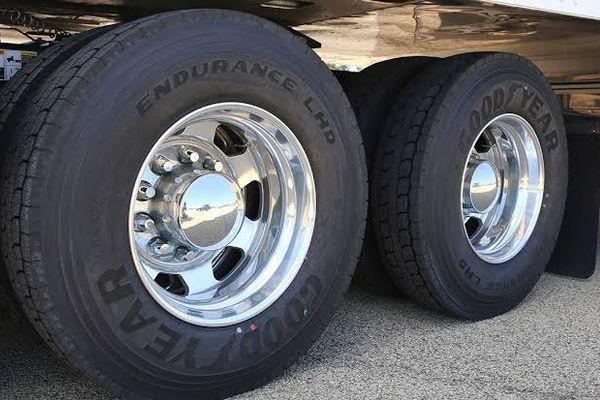 Both come with a good reputation. There is a lot of competition these days and the tire industry is no exception. The brand you buy may make all the difference in the performance you get when you tow your trailers. Both Maxxis and Goodyear are good tires and some of the best you can buy.

The Goodyear has a higher load rating as well as a higher speed rating. Those two differences have convinced trailer owners to go with the Endurance over the Maxxis M8008. Having that difference comes in handy when you drive a little fast or add a little extra weight to your rig.

To learn more about these two tires just continue to read our article. It has the information you want to know about so you can make the right selection when the time comes. Going with top brands and good quality tires is always the best way to go.

Where are Goodyear Tires Made? 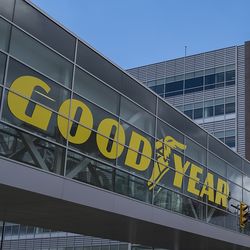 This company started back in the 19th century and has been making good tires ever since. Since their start in Akron, Ohio in 1898, Goodyear has developed to being a world leader in tire manufacturing.

They are said to have 48 facilities in 21 different countries. However, most of their tires are American-made. You can see where they are made by the special DOT code:

Where are Maxxis M8008 Tires Made? 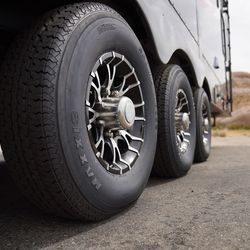 You may hear or read that the Maxxis tires are made in China and wholly owned by Cheng Shin as a subsidiary company. That last part may be true, we have not verified it yet but the company did not start on the Chinese mainland.

According to its about us web page, Maxxis is actually called Maxxis International and it was founded 50 years ago in Taiwan. The company has factories in Taiwan, China, Thailand, Vietnam, and India.

While operating in over 180 countries, those operations are distribution centers or warehouses and not manufacturing plants. They have a large facility in Suwanee, Georgia after moving it from Atlanta in 1987. The company started its US operations in 19085 in Atlanta.

There are no factories in the United States so all of their tires are made in one of those countries in Asia. There is an R & D facility in Georgia as well but not a manufacturing plant.

What may confuse people about where these tires are made is their high quality. This brand is one of the best tire brands you can buy next to Goodyear and some other top tire-making companies.

They do not make their tires according to the standards cheaper tire manufacturers do in China. They have a high reputation that the company likes to protect.

It has been said that before Goodyear came along and built its Endurance tire, Maxxis had no competition in the ST tire market. 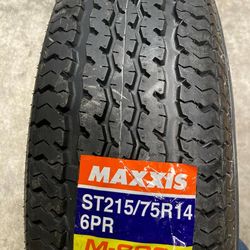 The biggest complaint that we found so far is that the company or Amazon may be shipping out old stock. Some buyers found that the tires they bought were 2 1/2 years old but never used.

At Amazon, one reviewer said his were made 6 months prior to his receiving them. This can be an issue as trailer or ST tires do not have a very long shelf life once they are installed on the trailer axle.

Another owner said he has not had a problem with his Maxxis tires. They have lasted for 20,000 miles with no major issues. Another reviewer said he pulled his tires through extreme heat and also found that these tires performed well

Motortrend also came out with positive reviews after their tests were completed. They put thousands of miles of wear on the tires and said the tire performed above expectations. The wear was very even after 2 years of testing.

Tire Critic said almost the same thing as they described the tire as having a robust casing design, extended tread life, and proven durability. These are not ordinary China tires and do much to counter the China bomb reputation many Chinese-made tires come with. 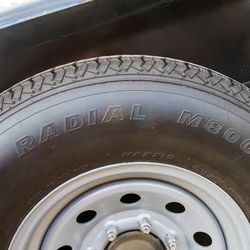 These are both great tire models and they have proven themselves worthy of being placed on any trailer axle. The good points for the Endurance are that it can carry heavier loads, travel at higher speeds, as well as lose less air, and comes with better quality, and more durable construction.

The good points for the Maxxis tire are, can tow longer distances, has great shock absorption, and helps your fuel efficiency get better. The Maxxis is about $6 cheaper on average than the Goodyear Endurance- $124 to $118.

Then the Maxxis has a deeper tread allowing it to go to rougher locations better than the Endurance as well as work better in the rain and snow. But the Endurance makes up for this by coming with an E-rating as well as a 10-ply rating. The Maxxis only has a C-rating and a 6-ply rating.

Finally, both corner well and absorb shocks better than other tires.

When you can’t get Endurance tires, then you should get Maxxis. They have beaten the bad reputation that comes with Asian-made tires and has been proven to be as good as any other top tire brand in the world.

Many owners love the Maxxis M8008 and would not change to any other tire brand. They perform well and have been proven to give you your money’s worth. But do not count Goodyear out.

They are a little better tire and have over 100 years of tire making experience helping them make a great ST tire.

Cost To Repack Travel Trailer Wheel Bearings: How Much Is It?

SL vs E1 Ply: The Difference Between Load Range E and SL