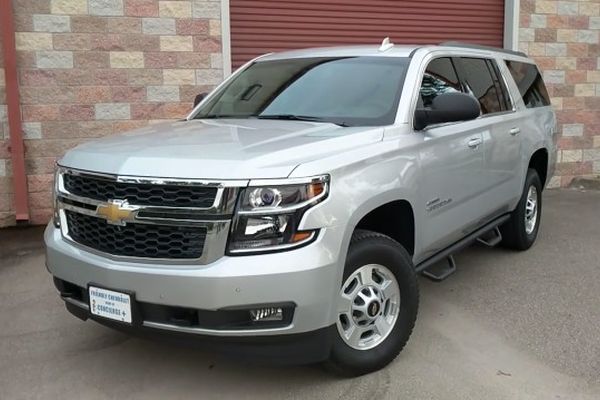 It seems that GM ventured into this market area with two models from 2003 to 2013. The models they chose to build were the Full sized Suburban and Yukon XL. While the Suburban is still around, it may not be a 3/4 ton size.

To learn more about this topic, just continue to read our article. It has the information you want to know about so you can decide if this is the route you want to go. The demand has not been there historically for this size or model of vehicle so it may not come back any time soon. 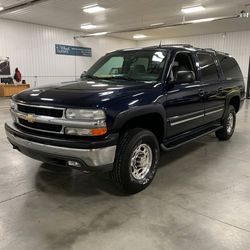 There seems to be no market for a 3/4-ton SUV. GM tried it for 10 years and had to pull out of that [production due to low demand. It basically had the market sewn up but with 3/4 ton pickup trucks around there was no need for such a large SUV.

Also, there are 3/4 and 1-ton vans that did the same job as an SUV at that weight would do. There really was no need for a large SUV that rivaled those vehicles.

The 2023 Suburban will be the closest vehicle to this rating. It is powered by a 3.0 Duramax diesel engine and a 10-speed automatic transmission. However, in looking through the brochure, there is no mention that it is a 3/4 ton SUV.

So the answer to his questions is no, it seems that no one is making a 3/4 ton SUV anymore. If you want one, you would have to buy the older Suburbans which will come with a lot of high miles on them. 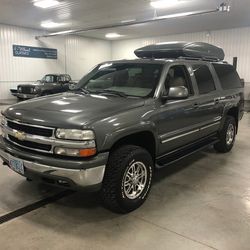 Yes, there is and while it could be in all recent models, most of the 3/4 ton Suburbans are older than 2013. There are plenty of used 3/4-ton SUVs for sale but be prepared to get one with a lot of mileage on it.

It will take some looking but you should be able to find a good selection. Make sure to check the condition when the price seems too low to be legitimate. You have to watch some of these websites as there are some con men who use them.

Just do not send any money in advance and check out the seller and the vehicle to make sure everything is on the up and up. 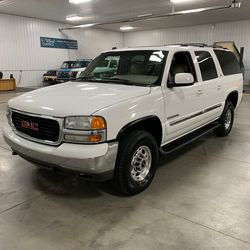 Like the Suburban,m the Yukon is still being made today. But the current 2023 model is not advertised as a 3/4 ton SUV. It has lots of power, a 10-speed automatic, and other performance-enhancing components but the 3/4-ton aspect is not listed in the specs or on the sales page.

There are plenty of older Yukons that are 3/4-ton SUVs and they will also have the 2500 in their title somewhere. Usually, it is followed by the XL letters. This used vehicle model will also range in price.

For our Canadian readers, there seem to be a lot of 3/4-ton Yukons for sale across your country. You just need to visit the different used car websites to find a good selection. Prices will vary depending on the seller and location.

Also, like the Suburban, you will find the Yukon in a variety of trims and engine sizes. These are very versatile vehicles that try to be all things to all people.

While the smaller 1/2-ton Suburbans and Yukons have had their power enhanced and their tow ratings increased, they still do not match the numbers the old 3/4-ton options had. 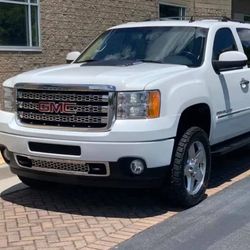 You are not going to be able to find one. It seems that GM is the only automaker that is willing to branch out into this market. But even they stopped making 3/4-ton SUVs about 9 years ago approx.

They learned what all the other automakers already knew at the time. The market for this type of vehicle is just not there. There are some people who want one but not enough to make it a profitable venture.

The SUV is more about providing luxury and comfort than it is about delivering power and heavy-duty hauling. Those tasks are left up to the vans and trucks that are already built in this category.

Why Are There no 3/4-Ton SUVs Anymore? 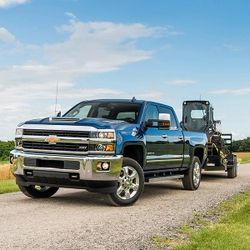 One answer has already been given. There just does not seem to be a market for such a powerful and strong vehicle. The Suburban and Yukon had cornered the market but they are not the strongest selling options out there.

Not that many people really want a 3/4-ton SUV. There may be some on different RV forums who would like one but that is not enough people to warrant the production of this vehicle.

There are other engine standards that had to be met which made it difficult to conform a diesel or a good gas engine to handle the weight the 3/4-ton design would have on it.

Then with the new 1/2 tons being given better cargo and towing ratings, there is no need to build a 3/4-ton SUV. Most people would pick up the truck due to its versatility and car-like construction.

The versatility of the truck is far better than the limited cargo and hauling space an SUV has.

If You Want An SUV For Towing 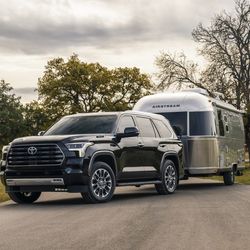 One of the good things about automakers is that they are trying to respond to the many suggestions or demands made by car owners who like to tow trailers. While they are not making a 3/4-ton SUV to handle this task, they are beefing up other SUV models to meet the towing demand.

There are about 10 really good SUVs that do tow very high weights. They may not be 3/4-ton vehicles but they pull their fair share of a heavy load. Here are those 10:

The tow capacities are listed after each vehicle model name. Those are very good figures for a non-pickup truck in heavier classes. Keep in mind that when you go to buy one of these vehicles, you will still need the towing package installed.

If buying used, make sure to check to see if there is a towing package installed. Then do not forget that passengers and cargo weight will lower those tow ratings accordingly.

You are not going to be able to tow an 8000+ trailer if you are bringing a lot of supplies and your family along. Do some proper calculations first before deciding on if one of those vehicles will tow your trailer or not.

One thing is for sure, the performance of these alternatives should be better than anything a 3/4-ton SUV could get.

There once was an automaker that tried to make a 3/4-ton SUV. They have had some success but the market was not there for competitors to build their own and compete with GM.

The Suburban has been around forever and has been a great tow vehicle for many families. However, even its 3/4 ton design has disappeared and has been gone since about 2014.

If you want a good 3/4-ton SUV, then you will have to look at used models dating to 2013 and earlier. There are no recent models for you to look at. Demand dictates the supply. There is no demand at this time.

What Is the ACTIVE Network Credit Card Charge? (Refund)