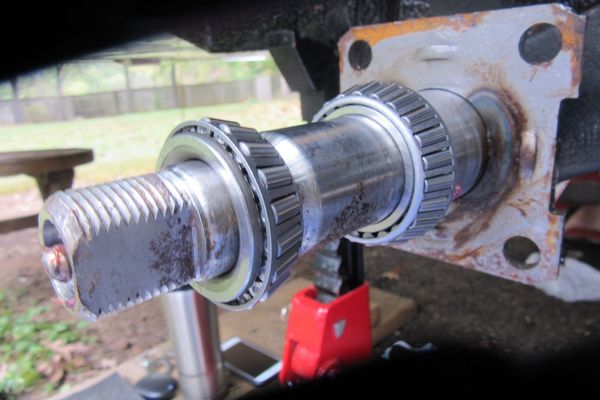 Whenever anyone asks if a company’s products are any good, the answer depends on the experience of the person being asked. Dexter Axles have been in business for over 50 years. They would not last that long if they made a poor product

Yes, Dexter Axles are very good and there are many owners that have had no problem with using them. They have held up over the years and withstood many challenges from their competitors including those axles made in China.

To learn more about Dexter Axles and how good they are, just continue to read our article. It has the information you want to know about so you can find the right axle replacement for your vehicles or trailers. 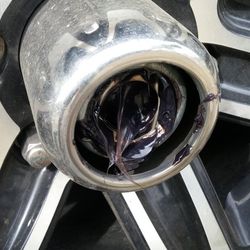 All you have to do is attach your pump grease gun to the zerk, spin the tire, and put the new grease inside. The spinning of the tire helps remove the old grease and gives the new grease room to get inside.

The EZ lube system is easy and very clean. When done, you just wipe away any excess grease and you remain nice and clean. The old way will have you washing your hands in solvent or some other solution that can damage your hands over time.

Plus, your clothes may get dirty and need washing. The EEZ lube system saves you on water and electrical use when you are finished doing this task the old-fashioned way.

How Does Dexter EZ Lube Work?

The process is very simple and as described above. You need to use a manual pump grease gun as the powered versions bring too much pressure to the seals and can blow them out.

Dexter sells Dexter Grease which is a red lithium grease that works for their axles. You just put a tube of that inside the manual gun and attach the gun to the zerk.

Then pump slowly so the grease goes inside the area slowly. You do not want a lot of pressure to protect those seals. As you spin the tire, you should see the old grease coming out. You keep pumping until you see the new grease exit the area.

Wipe away that excess grease and you are done. You can examine the old grease to see if there is any problem inside the bearing area. If you see metal shavings, etc., then you know you have a problem with the interior metal parts.

When you see a problem, you should take your RV or vehicle to your mechanic and have them look at what is wrong.

Are All Dexter Axles EZ-Lube? 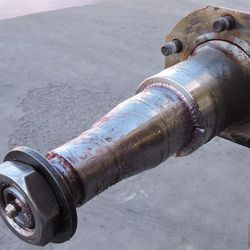 No, they are not. The company makes two main types of axles, the sprung and the torsion models. The torsion production line does not come with the EZ lube system and this is according to their website.

The Sprung axle production line is not totally made up of the EZ lube system. It is only one facet of this production line and you can get the sprung axles in standard grease options among other options.

What option you get will depend on the capacity of the axle. Usually, the EZ Lube system is found on those light-duty models that can handle up to 8000 pounds.

In other words, the EZ Lube system is not the foundation for this axle making company. If you do not want this system, you can get light-duty axles with the standard grease option.

You can check out their lineup at their website under the products section and that link is at the top of their web page. Dexter makes sure its customers are satisfied with its systems.

Good is a relative term. Some people will say they are not and that opinion is based on their personal experience with these axles. While some bad axles may make it past quality control, not very many do.

If you do get some problem with the seal, the source could be the loose bearing levels. The bearing should not have more than 0.005 of clearance or they are too loose.

If they do have more than that much clearance, then the seals will be damaged. When they get damaged, then the grease goes where it is not supposed to. When that happens, you may have a higher repair bill than you anticipated.

But to stay in business for over 50 years, you have to be making a good product. Their longevity and other factors provide the evidence that their axles are good. 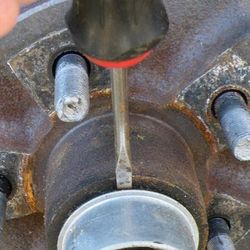 The reviews are mixed. One owner had them for 2 years without any problem. Then the seal wore out and now he won’t use the EZ Lube system again. He went back to the old-fashioned method.

This story is the same for many owners. Once the seal falters they throw out the system and move to something else. Then complain about the system. While they may have a right to complain, the EZ Lube system is not that bad as evidenced by the many owners who have no problems with it.

You will find more mixed reviews if you do further research on this topic. Dexter has done extensive testing on this system so it must have some value to it to be included in millions of axles they make.

How Long do Dexter Bearings Last?

This is hard to say as there are different axle models that use bearings. The Never Lube axle comes with bearings that are supposed to last a lifetime. The only question is, whose lifetime? The axles? The owners? Or the bearings?

Some people guess that they should last 50,000 miles and with Dexter’s 12,000-mile recommendation, they should last at least that long. Regular brand bearings are said to last 8 to 12 years and Dexter’s may have the same lifespan.

What influences the longevity of the bearings will be several factors including how well they have been greased, driving habits, and so on. We did not see any information on this topic on the Dexter website.

One thing is for sure, they will not last very long if you do not grease them at least once a year per company recommendations.

How do I Know If I Have Dexter EZ Lube Axles? 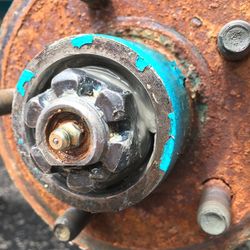 There is only one real way to tell if you have this type of axle on your vehicle. You have to go to your axle and look at the spindle. On the outermost part of this spindle, you will see a zerk.

A zerk is also called a grease gun fitting. You attach the grease gun to it to import grease into your bearing area. If your spindle has this little zerk, then you have a Dexter EZ lube axle.

If you don’t have the zerk, then it is not an EZ lube axle. You will have to maintain your bearings the old-fashioned way of removing the bearings and the old grease, Then repacking those bearings in new grease.

If you do, you still have a great axle on your trailer or RV. The key to making it work for you is to maintain those bearings properly using the recommended system and grease type. Watch those seals as they can fail for other reasons as well.

The Dexter axle is a good axle to have on your vehicles. It doesn’t matter which style of axle you have on as Dexter makes a wide assortment of them. The Dexter Axle company has a good reputation and their axles are well-liked.

We did not see anything that could be considered faulty with the company or its products. The negative reviews had mostly to do with the seals and greasing those axles through the EZ lube system. The axles are well-built.