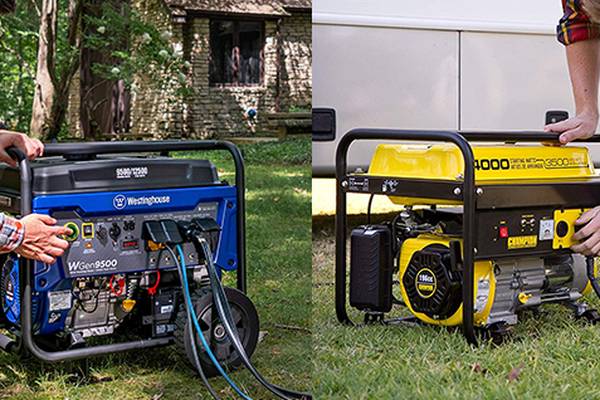 Champion Generator Vs Westinghouse: Are They Good? (Reliable)

Generators and RVs go hand in hand like toast and butter. They are a must-have appliance when regular power is hard to find. However, it may not be easy to distinguish between the different brands as many are good and others are not so good.

To learn more about these two types of generator brands, just continue to read our article. It fills the comparison with information you need to know about before making your generator purchase decision. Take a few minutes to see how this information can help you. 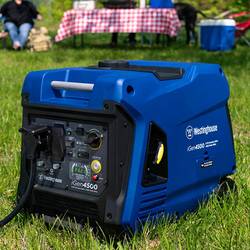 These two brands are said to be making some of the best affordable generators you can buy. They rank #1 and #2 in at least one top generator list for 2022. They also make generators in different wattages so even if you do not need a lot of power, you can still get a top-quality model.

If you want to compare customer service, Champion seems to have the edge over Westinghouse. The former company seems to go out of its way to make sure its customers are satisfied. Westinghouse does not receive the same type of praise.

Then, Westinghouse issued a recall order for about 4,500 Westinghouse iGen2500 and iPro2500 portable inverter generators. It seems their construction could create a fire hazard and the company needed to get those units back to fix the problem.

Other than that, the company seems to produce a top-notch generator lineup that has many customers very happy. Their edge is that their model of generators is supposed to be extremely quiet and about 10 decibels lower than Champion’s models.

Then Westinghouse makes a very quiet generator as it makes only about 52 decibels of noise while the Champion model reaches 59 decibels. The starting mechanism is different as the Champion model has an electric start and a pull recoil starting option.

The Westinghouse has a remote start s well as a push-button mechanism. That makes it more convenient to use the Westinghouse option over the Champion. Then at 25% load, the Champion will run on gas for 7 1/2 hours and on propane for up to 14 1/2 hours.

The Westinghouse will run up to 18 hours on gas at the same load level while the propane only gives you 14 hours of running time.

Is a Champion Generator Any Good? 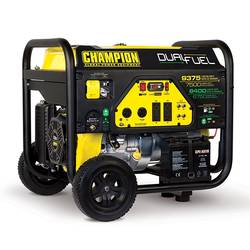 This goes without saying. The Champion generators tend to do their job and do it well. The company would not have built such a great track record in such a short time if their product was not very good.

This quality of the product has resulted in the company selling over 2 1/2 million generators around the world in less than 20 years. That is a mark of a good product. The company also scores high marks on many top 10, top 5 best lists that you see around the internet.

They back up their product with top-of-the-line customer service that seems second to one. at least according to the reports we have been able to come across. In fact, Champion has placed 3 models on one top 10 best lists which says a lot for its generator lineup.

From all that we have read so far, Champion generators are a very good product and some people have said that their generators offer up to 100 more running time watts than Honda offers and at approx. half the cost of a Honda.

If the reviews are to be believed and the top 10 lists are telling the truth, then Westinghouse makes a very reliable generator. Their models fight with Champion’s models for the top spot in all the lists we have seen so far. In fact, it is either one or the other that holds the top spot.

Also, Westinghouse has been around for 140 years and you do not get that type of longevity by producing inferior or unreliable products. It is said that the R & D & manufacturing of their generators are all American made and produced.

The company does not sit on its laurels either as it continues to develop new technology to make its products better than ever. Plus, they make a variety of generators that are highly praised for their durability, innovation and productivity.

Are Westinghouse Generators Made in The USA? 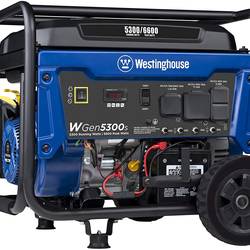 All design work is done in America unless, like in Australia, the company decides to use local engineers to better match their product to local needs. The same can be said for Champion. Their design work is probably all American but the manufacturing is done in either Vietnam or China.

However, Westinghouse may still make some portable and inverter generators in their plant in Columbus. That would give the company a little edge over Champion who does what most companies do, license and supervise production and let the Chinese or Vietnamese handle the actual production work.

If this is an important buying point for you, nothing can be done about it. The quality of the generators does not suffer because they are made in China or Vietnam. That is because both companies oversee production to make sure everything is made to their standards and expectations.

What Engine do Westinghouse Generators Use?

While there are different styles and models of Westinghouse generators, they all come with the same engine manufacturer. The engines may be different depending on the model but they are all made by Westinghouse.

As the Australian Westinghouse website says in its FAQ section- “The generators are exclusively equipped with their own Westinghouse brand engines. These are all purpose-designed and built 4-stroke, overhead valve (OHV) petrol engines that comply with Australian and US EPA emissions standards.”

That is the same engine we have seen on American websites talking about this topic. Westinghouse does not seem to contract out to other companies to make their motors. However, it has been said that the Onan/Cummins generator motor is pretty much the Westinghouse motor.

Hard to say if that is true or not since Cummins is a very good engine builder in its own right. The Westinghouse company makes its own engines to make sure you are getting the best of the very best engines possible.

From the reviews we have seen, this production has not harmed Westinghouse’s reputation or the quality of its motors. 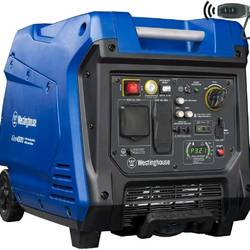 The Champion produces 4650 starting watts and only 3650 running time watts and can run for about 14 hours using only 2.3 gallons of fuel at 25% load. Its noise level is about ten decibels higher than the Westinghouse 4500 but it does have a no-tool access for easy oil maintenance.

Starting with the Champion model, you are getting a 79 c.c. a motor that runs for about 11 1/2 hours and produces only about 53 decibels of noise. Plus, it only weighs about 40 pounds making it one of the lightest models in this class.

Also, it comes with 2500 watts starting power and only 1850 running time watts. It has the following built-in outlets- two covered 120V 20A household outlets (5-20R) and a covered 12V DC automotive-style outlet. To get that 11 1/2 hours of run time, this generator uses just over 1 gallon of fuel.

In comparison, the Westinghouse model provides 2500 peak watts and a running time wattage of 2200. It takes less than one gallon of fuel to run for 10 hours and it weighs only 46 pounds.

The LED display provides you with the most important information you need to monitor the performance, fuel levels and so on. The built-in outlets are as follows- 2 120V 5-20R standard household outlets and 2 5V USB ports with rubber outlet covers.

Both models are protected by a 3-year warranty although coverage is limited. It is said that Westinghouse shortens the warranty period for non-traditional home use. 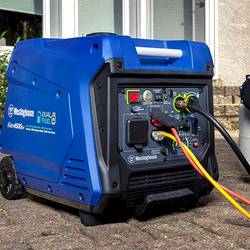 Both companies make top-quality generators. Westinghouse is a bit more powerful than Champion but then you may not need all that extra power when camping. According to all the reviews you can buy either one and be very satisfied with their performance and production.

Give both a test drive to see which one you like the best and which is easiest to operate.

Generator For Truck Bed: Mounting a Generator On a Truck Bed

Coach-Net Reviews: Is Coach-Net Worth It? (Cost, Benefits)