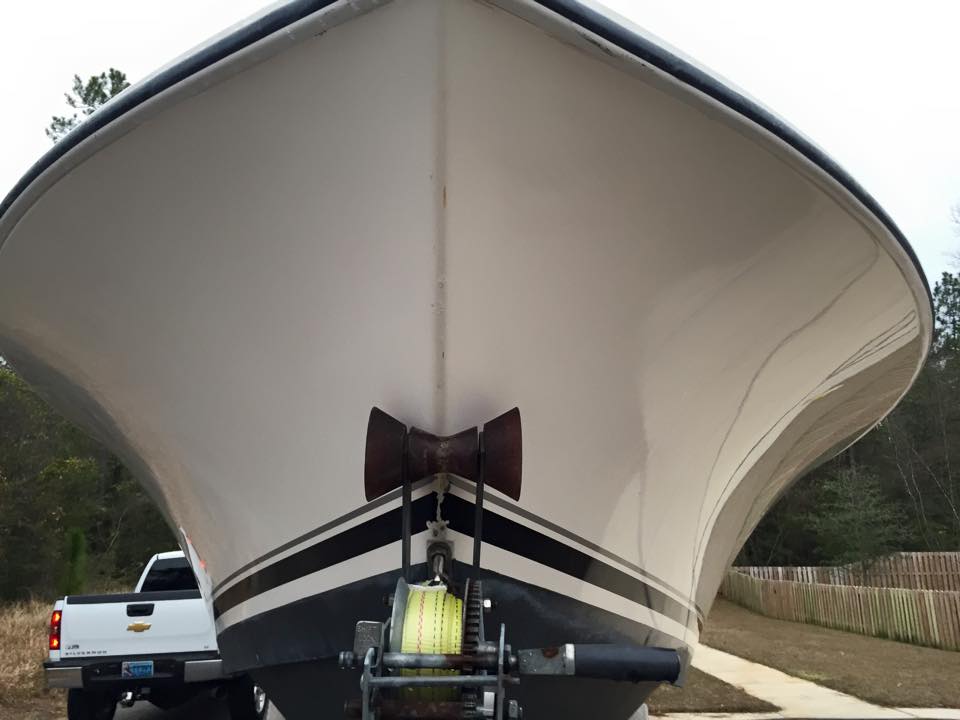 It is advertised as a polish, not a wax. You may or may not have heard of this product but it is supposed to be good for boats, RVs, canoes, and other fiberglass toys. Once on, it is not supposed to wash off and should last for a year. If you apply it correctly that is.

One of the problems or complaints some users had with this product was the included applicator was not big enough to apply smooth coats. They had to go out and buy the 7” applicator to get it to cover correctly. Then they had to strip off what they had done and start all over.

To learn more about this product, just continue to read our article. It explores the topic so you have the information you need to make a buying decision. Another complaint was that it did not last the advertised 12 months 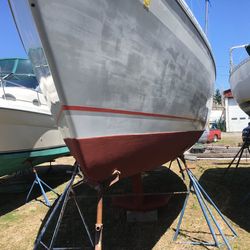 According to 89% of the 754 people who wrote a review at Amazon, it works great. Even some of the lower-star reviews said it worked but not for long. We have seen other website reviews that talk positively about this product.

The key is that you have to follow the instructions and do the two-step process. That means using the poly prep product first, then the poly glow polish. Keep in mind that this is not advertised as a wax but as a polish.

That is a big difference. According to one reviewer, this product removed all the oxidation on their RV or boat and brought out the original luster of the fiberglass. Another owner said after a 600-mile trip that it looks like it did on the day he put this product on his RV.

All he did for maintenance was a couple of washes using regular car soap. The poly glow did not wash off.

How Long Does Poli Glow Last?

This product is supposed to last 12 months. That is if you follow the 2-step process and use poly prep first. Then you have to apply 6 coats, according to their Amazon ad. Actually, it is a minimum of 6 coats that you will need to get that one-year result.

There are kits you can buy so you get the prep and the polish at the same time. Also, included in this kit is a pair of gloves, a microfiber cloth, and a small brush with a handle.

At a cost of $88 approx. It could get expensive to use this product. If you buy direct from the company, you can buy the Poli Glow for $60 approx.

What is Poli Glow Made Of? 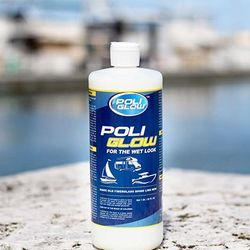 The best information we could get on the ingredients used to make this product is: “Poli Glow is a unique formula that has water-based polymers and UV inhibitors that rejuvenates old fiberglass. It is a gel coat restoration product that seals, protects, and restores the original shine. Poli Glow lasts up to 12 months and doesn’t require repeat applications throughout the year.” (source)

In other words, the company is not going to be giving up any trade secrets. If you want to know specific ingredients, you can contact them but they may be like Coke and tell you nothing.

We do not expect them to put their formula or ingredients out on the internet. That would be committing business suicide if they did. We did check the labels on the bottles as well and nothing was placed there either. At least in specific details.

One of the problems one owner experienced was that he bought a used boat and the previous owner used Poly Glow. He did not prefer that polish and tried to remove it. No such luck. No matter what product he tried the Poly Glow remained and made the boat’s hull look bad.

Another owner had the same problem with his RV. He tried this product and said that the prep worked well but the Poly Glow polish did not goon as advertised. That may be due to applying a thicker coat than instructed.

Others felt that they used too much product for a small area. There was not enough in the bottle to cover their RVs. Another problem is that you have to do a lot of prep work and application conditions are severely limited. If it is sunny or hot out, you are not supposed to apply Poly Glow.

Plus, you can’t apply it if any previous wax or polish is still on your RV o, boat, or trailer. Then, you cannot really apply it to new RVs, etc. This is a restorer and not something to protect new finishes.

It is not wax so you cannot use it as wax. 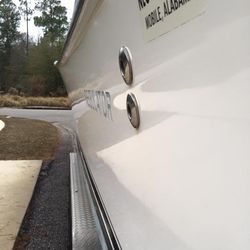 There seem to be lots of complaints. One is about how hard it is to remove this stuff once it dries and sets. The word is that it is very difficult to remove which turns a lot of people off from using it.

Another complaint was about the included applicator. It was not big enough to be able to put the polish on smoothly. One had to pay more money to buy the right-sized applicator.

Another complained that it did not work as advertised and another owner said it was peeling soon after application. Then there are those owners who are not believing the 4 and 5-star reviews. They said they did everything according to the instructions and their results were not very good.

Then another owner complained that the polish worked only on one side of their RV but not on the other. They had a mess to clean up after trying to get this polish off.

Finally, one last owner said it yellowed within 3 months of application. They were none too happy with their results.

There are a lot of good reviews on the internet concerning this product. Most are found on Amazon and the majority of people who bought Poly Glow loved their results, or so they say.

There were a couple of websites reviewing this product and they had nothing negative to say about it either. It kind of raises a red flag when these reviewers sugar coat everything and never says anything objective about the product.

We checked another RV site that was reviewing this product and they do not go very in-depth on the topic. They kind of just give a superficial review that glossed over any issues or problems that come with using this product.

Other reviews have said that it is a lot of work to apply and that there are better products to use that provide better results than Poly Glow. The cost was a major factor in some people’s reviews and complaints.

They felt it was a tad bit too expensive for the results they were getting. As for us, Poly Glow is going to be like any other product. It will work for some people as advertised, but it won’t work for others as advertised.

Then some people will make mistakes in applying the prep and polish and then blame the product. 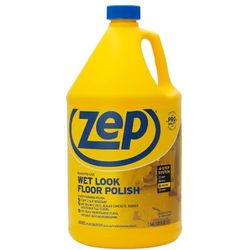 According to some reviewers, Poly Glow is better than Zep. After applying Zep for 15 coats, an owner applied 5 coats of Poly Glow and said the latter made their RV look even better. That is over the result of using the Zep product.

Other people were not so convinced and felt that Zep was the better of the two products. But that is going to be the case for almost anything made these days. Some people will like one product while others will like the competitor’s product.

Poli Glow Before And After

According to the reports, those who had successful applications were impressed by how good their RV or boat looked. They felt that it was a prettier looking boat or RV after the Poly Glow dried and adhered to the fiberglass.

In other words, this product is said to bring new life to old fiberglass and has RVs, etc., looking like they are almost brand new. Unfortunately, that is not a universal attitude.

You may have good luck when you apply Poly Glow to your RV, trailer, or boat. Just make sure to follow all the instructions exactly so that you have some sort of recourse if it does not work for you.

Judging from the reviews, it seems that the majority of customers will get good results and they are happy with spending the money. This polish is not for everyone as it is not designed to work on newer RVs, etc. It is a restorer, not a wax.

DIY Homemade Camper Siding: What Can You Use For RV Siding?

Filon RV Siding Adhesive: How To install and What Glue to Use