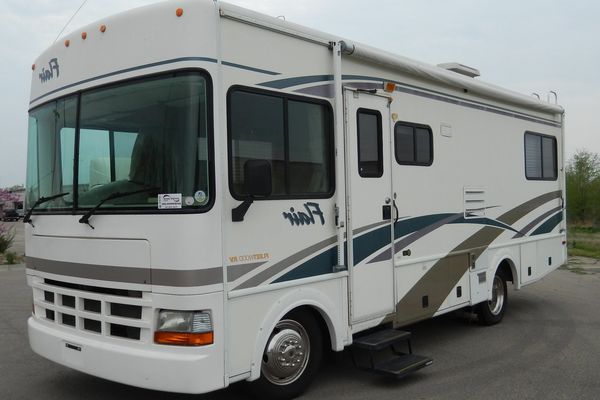 One of the most important facts about the Chevrolet Workhorse chassis is that it replaced the old Chevrolet P-30, P-32 truck/van chassis. It was so durable that it was a favorite component of many RV manufacturers. Another sad fact is that it has since been discontinued.

To learn more about the Chevrolet Workhorse chassis, just continue to read our article. It brings you as much information as possible about this chassis style and what made it so good. Of course, it has some negative attributes as well.

What is Workhorse Chassis 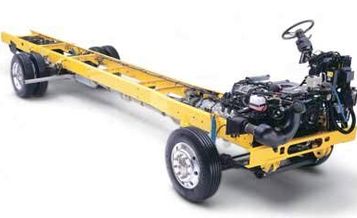 It is a very solid and sturdy chassis that was first put into production about 30 years ago. The then-current workhorse chassis was an upgrade of the old P30 and P32 chassis that were being used in a lot of RVs, trucks and so on.

In about 2000 or so, Workhorse widened the track on the P 32 which put the front tires in line with the outer rear tires. This upgrade should have also made the performance better.

Then in 2005, Workhorse again made changes to their chassis and started the W series. This series used 2 digits to indicate how many thousands of pounds the chassis could tow safely.

Another design change had Workhorse putting leaf springs on all four corners of the chassis. This helped smooth out the ride. The W series was made strictly for use in RVs. In addition to the W series gas-powered chassis, a rear diesel R series chassis and rear engine UFO series chassis were introduced to make RV use a lot better and more efficient.

Is Workhorse Chassis Still in Business 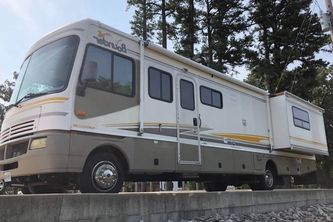 While it was supposed to have gone out of business in 2009 due to the economic downturn, it seems that it recovered by 2015 where it planned to re-enter the chassis market once again.

There are supposed to be about 400 Workhorse dealerships around the nation but there is no word on if that number still holds true or not. The most recent news that has been found has been a Workhorse parts website dated to 2016 and an RV forum dated to 2017.

The do have a website, find it here, and it is dated to 20919 but there is little information on the landing page.

What Happened to Workhorse Chassis

Since the economic downturn of 2009 and following years, Workhorse Chassis has taken great steps to reinvent itself. It did re-enter the chassis market in 2015 approx. And restarted production of their top of the line chassis.

In recent years, the company seems to have expanded from making RV and truck chassis and gone into producing chassis for electric vehicles. They have also diversified and make components for drones, helicopters and other items.

Their headquarters is located in Ohio while their manufacturing plant is found in Indiana. While they do provide delivery vans and light to medium trucks, there is no word on their website about making chassis for RVs again.

The company does produce an electric-powered pickup truck which may be its flagship product. It is called W-15. It is possible that their new W-88 is put on some motorhomes but the details are sketchy at best.

The W-88 is based on their old P series RV chassis but again, their website seems to be silent about that chassis use on RVs. 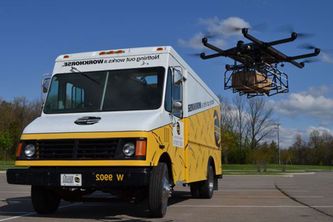 The company is owned by AMP Electric Vehicles which may provide the reasoning behind the company’s new focus. AMP Electronics seem to be big in producing top quality electronic powered vehicles like pick up trucks and delivery vans.

Their website claims to have more electronic vehicles on the road than any other company. Also, they produce short-range octocopter that is supposed to be able to carry passengers up to 70 miles on a single charge.

Their delivery vans seem to have 100 mile range before needing to be powered up again. Another product produced by AMP is the package delivery drone. These drones partner with the delivery vans and help bring packages to the customers’ doorstep without worrying about fences and protective dogs.

The good news about their electric pick up trucks is that their chassis can tow about 5,000 pounds while having an identical 5,000 pound curb weight. Its low center of gravity makes it ideal for greater performance and handling.

While it is not possible to list all the RVs that come with a Chevy Workhorse chassis, it is possible to list some manufacturers that use these chassis to make sure their RVs are made right and perform up to your expectations.

Winnebago is one manufacturer that has used this chassis. Its adventurer model has it and it tows vehicles through mountainous areas without that much difficulty. Then outside of Winnebago, the Sportscoach model has it as well.

The performance on that RV is basically second to none. It handles rough terrain, bad transmissions and so on like a trooper. Then Fleetwood used it on their 2002 Southwind and we saw no complaints so far about the work and performance of the Chevy Workhorse chassis.

The chassis was discontinued about the same time GM stopped producing the 8.1-liter engine for vehicles. It is uncertain if there is a real reason for that stoppage in production or if it was just a coincidence.

There are some Class A RVs with the new Workhorse chassis but that has not had a long term influence. It was hoped that since 2015 the company would produce about 21,800 units each year but those plans seemed to have been shelved when the new owners took over.

What Workhorse Chassis do I have? (How to find out)

The best way to find out which Workhorse chassis you have is to do a VIN search. This is usually the most accurate way to get the precise information you need. There are links available but the Workhorse website does not provide information for chassis.

They do not support it anymore and have gone off in a different manufacturing direction. Other links are very outdated and may not produce the information you want to see. If they work at all.

You could check the owner’s manual to see what is mentioned there about the chassis. These manuals usually have all the details about all the parts your RV possesses. If that doesn’t work or you do not have the manual, you can go to an RV dealer and have them check for you.

Because Workhorse does not produce the Chevy Chassis or any RV chassis that we can see, most information about them is old and may not be reliable. Your best bet is to go to a qualified RV tech to help you sort the mess out.

The Freightliner chassis may be a bit better than the Chevy Workhorse chassis. It offers a smoother ride in some cases, less noise and has better maneuverability and driving capabilities.

This tells you that individual experiences will be different and that the Workhorse will not perform to everyone’s satisfaction. Even if you have the same type of RV as someone else, the variables included in those vehicles will influence the results and performance you get.

It isn’t just the chassis when it comes to RVs. There are just too many other components, weight differences, axle ratings and more that are involved. The performance and durability you get depends on those factors and may convince that one is better than the other.

The same issues that applied to Freightliner will apply to the comparison with Ford chassis. Some people prefer Ford because they got as great chassis while others will prefer Workhorse because of their Ford chassis was not that great.

The performance you get with either chassis will be as we already said. There is a lot of influence by the other parts built-into the RV you own. These variables influence so much and may make one chassis seem better than another.

Personal preference is another factor which has people deciding which chassis is best. Their subjective opinion is based on what they like and what they want out of a good chassis. Some people do not mind a firmer ride while others do.

What makes Ford better for some people will be the same reasons other people like Workhorse. Which is better is totally subjective for the most part. Now there may be some construction errors or weaknesses at different times but those play a minor role in deciding which one is best.

Some chassis will have defects while others do not.

Some Workhorse chassis owners have said that they have not had trouble with their brakes. This is said despite a recall that was done in 2006. But that does not mean that the Workhorse brakes did not have a problem.

Minor problems have involved bad or dirty ABS sensors, ABS indicator light malfunction and so on. One RV owner reported that their front right side brake was giving them a little difficulty.

The cause of that could be a hose collapsing or that the wheel just gets too hot while on the road. When checking the front brakes you may want to loosen the bolts on the slide pins and tap the calipers a little. This tap will help them slide back into position and work better.

One key to re-tighten the bolts is to do the lead or top bolt first. It is actually mandatory that you do so. The other key in doing this easy fix is to make sure the flats on the slide pin are positioned correctly.

If these are out of place, you may experience some brake trouble. Also, to do this repair work you do not need to jack up your RV. Here is a link to some other brake issues that have arisen over the years on the Workhorse chassis.

Even with those 21 complaints, the Workhorse brakes do seem to be very reliable and function as they should. Their stopping power is also very reliable.

While the Chevy Workhorse chassis is not in production anymore, it is still a good chassis that helps bring longevity to the RVs it is installed on. They produce a good ride, come with a great braking system as well as being a steady and sturdy performer.

To find out which type of cassis you have on your RV you should d a VIN search. We recommend this one because it is the most accurate search you can do. If you need to, you can always check your owner’s manual to make sure you know which one is on your RV.

In comparison to other RV chassis made throughout the history of RVs the label of which is best is up to your subjective opinion and preference. No two chassis will be alike even if they are made by the same company. There are just too many variables involved.

But one thing is for sure, you can’t go wrong when you get a good Workhorse chassis with your RV.

Where Can I Get a Brake Controller Installed? (U-Haul Cost)