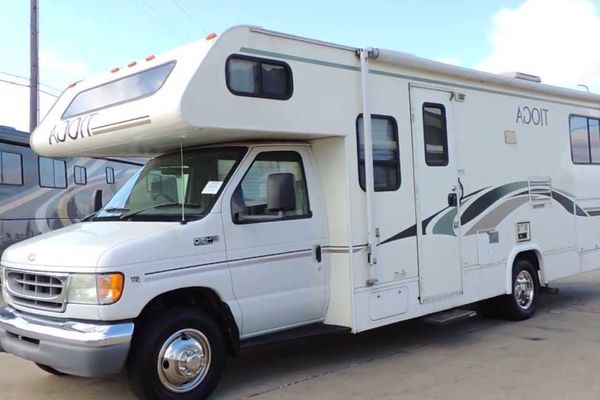 What is the Difference Between Ford E350 and E450 Chassis

Power is king. The more power you have the better your RV will run. That is important when you need that power when you are boondocking. The right RV engine will make sure you get more than enough power to make it to your next destination and then some.

To learn more about the differences between the E350 and the E450 just continue to read our article. There are a lot of differences you need t know about before you make your purchase

Other Differences Between Ford E350 and E450 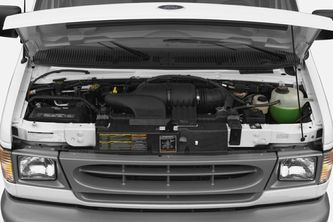 There are a lot of differences between the two engine models. Even though the E350 has received a lot of upgrades those difference still exist and the E450 may be the superior engine. This includes the fact that they both use the same transmission.

The first difference is that there is a 3 1/2” difference in the rear track, with the E450 being the larger of the two. Also, there is a thicker gauge of steel used in the E450 than the E350.

Then the E450 uses a hydro-boost brake system that applies more pressure than the E350 which uses a vacuum boost system. Fifth, the E350 does get marginally better fuel mileage than the E450. it will all depend, plus, the ride is smoother with the former than the latter.

Finally, the big difference between the two motors is the towing power. The E450 has a lot more than than the E350 making it the ultimate choice if you are doing a lot of towing of heavy vehicles. 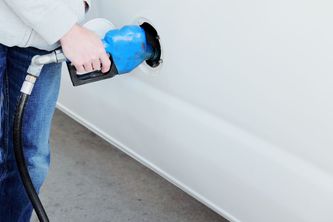 Standard gas mileage on either engine is not going t be the same as your actual results. The E350 is rated for about 9 to 10 miles to the gallon while the E450 has about a 7 to 9 mpg rating.

But those figures may not be what you receive for your fuel mileage will depend on several factors. How you drive, how much weight you are pulling, how many passengers are in the vehicle and the road conditions you drive over.

Some E450 owners are saying they are getting up to 10 mpg, then if they drive on flat roads and stick to a lower speed limit, they will reach 11 mpg. You need to keep in mind that the E350 and E450s come with a variety of floor plans, chassis styles, lengths, weights, slide-outs and more.

These factors all play a role in how many miles to the gallon you will receive once you hit the road. Then of course, when you go up steep hills, expect your fuel mileage to drop quickly. 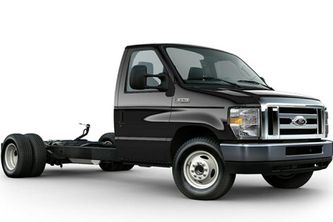 To start off, the E450 uses stiffer springs on its chassis to help keep the vehicle tough enough to tow a lot of weight. That extra stiffness provides a stiffer and less smoother ride than the E350 offers.

Also, the E350 is only about 3 1/2 inches narrower than the E450. RV manufacturers have been quietly making upgrades over the years and a lot of the differences found in the early 2000s are not present any more.

A lot will depend on the length of your RV. An E450 is considered to be overkill on smaller Class C vehicles except when you have a lot of towing to do. One of the differences in upgrades on the E350 came when the manufacturer changed the 2012 Nexus 24’ C from a 5-speed torque transmission that could pull 11,500 pounds.

The next chassis on the same RV, with the changes, could pull 12,500 pounds. When it comes to understanding what your RV chassis can do and learn its specs, the best thing to do is look up the specs under the VIN of your particular model.

This is the best way to learn about the differences between the two types of RV models.

Part of the differences between the two styles comes from the years in which they were made. Manufacturers always look for ways to upgrade their vehicles, chassis, and so on, those upgrades change the specs from year to year.

For example the E450 in its early years came with 2.4 liter Li6 3engine with a 3 speed transmission. Later models were equipped with a 4.9 Liter Li6 engine with some models reaching up to 7.5 liters.

The VIN search is the most accurate search you can do and it will give you the precise information you want to know about.

How do I Choose the Right RV Chassis?

Times have changed. In the early years of RV manufacturing, there was not a lot of choices when it came to RV chassis. Very few were made and you had to accept the one that came with the RV you wanted.

Over the past few years, that choice has been greatly expanded. There are a lot of standard and custom chassis to choose from and RV owners do not have to accept just any old chassis. They have a lot of choices and if they are educated enough, they can make sure they get the one that is best for them.

Some of the categories you need to look at are as follows:

Nothing is perfect so here is a list of pros and cons that come with each design style:

When it comes to finding the right chassis for your RV, the differences may be what convinces you to go with the E450 or the E350. They both have their good and bad points but it will depend on your needs that make the final determination.

The E450 certainly has an advantage over the E350 in many circumstances but that doe snot make the E350 an inferior chassis. The E350 is ideal in many different situations and offers a smoother ride.

Which one you get will depend on you and your RV needs.

Where Can I Get a Brake Controller Installed? (U-Haul Cost)